Killing anyone who opposes Kira.

Exercising at the gym.

Kill all those who are "evil" (mostly succeeded).

Teru Mikami is the deuteragonist of the final arc of the anime/manga series Death Note. He is one of Kira's followers who also helps Light Yagami to keep his identity as Kira a secret, while also serving as a backup Kira.

When Light Yagami tried to find a new user for a Death Note, he looked to places where he saw loyalists of Kira. He found Mikami, and he gave his Death Note to him to throw off the authorities that were onto him. Mikami looked to Light as the God he always wanted to be, but never could be. In the end, Mikami killed himself to help Light escape, perhaps also from the guilt of failing him.

He was voiced by Masaya Matsukaze in the Japanese version of the anime, and the late Kirby Morrow in the English version, the former of whom also voices Illumi Zoldyck. In the 2015 TV drama he was portrayed by Shugo Oshinari. In the 2016 Death Note movie, he was portrayed by Kensei Mikami, who also portrays Gentoku Himuro in Kamen Rider Build.

Teru Mikami had an amazing sense of justice since he was a young child. When he was in elementary school he decided that as the president of his class it was up to him to protect his innocent classmates from bullies even if he gets hurt. He eventually managed to defeat his class's bullies by gathering more and more kids on his side, however, when he went to middle school things changed, the bullies were more violent and his classmates wouldn't want to get involved in their fights anymore.

Even so, he continued to try to protect his weaker classmates even if he ended up being beaten every time. His mother understood his ideal of justice, but because she cared for him she told him that he should stop getting into those fights if he already knows that he will lose. Teru wasn't happy to hear this; in fact, during this flashback, he even called her one of those who deserved to be "deleted". We later find out that the three bullies of his class were driving carelessly and died in a car accident which also ran over a person, who happened to be Teru's mother.

Initially, Teru was sad about this but then he noticed that his class became more peaceful without those bullies and started to believe that everybody is either good or evil, and the evil ones need to be "deleted" so the good ones can live a peaceful life. In fact, he started to think that everything is black or white, having a strong hate even for lazy people. That's why he became a criminal prosecutor. When he found out about Kira and his sense of justice he joined Kira's Kingdom, believing that Kira is indeed God and worshiping him.

He then takes the Death Note's ownership from Misa, makes the deal for the Shinigami eyes and does everything that Lights tells him throughout Kiyomi Takada. He started to do what Light told him to do and succeed until it was up to him to kill the task force and the SPK in order to keep Light's identity as Kira as a secret due to the fact that one of Near's man has been spying on him and managed to steal his Death Note and replace it with a fake replica while Teru was at the gym.

It is unknown if Teru was born this way or gained mental damage from any childhood trauma but it's clear that he is demented. His point of view is similar to Light's; his sense of justice made him consider that people either fall in the category of the good or the category of the bad and he thinks that no matter how small is someone's mistake, he/she deserves to be "deleted" so the good people can live. He falls into the category of the yangire (characters who usually act, or at least acted normal but become suddenly extremely violent due to a past trauma or personality disorder). Teru became so moved when he learned about Kira that he began to worship him considering him God himself and he doesn't even mind being used, killing innocent people or not receiving specific information about Kira's purposes thinking that this is God's plan and he must do whatever he says.

Teru doesn't seem to care that much for his safety as he puts his sense of justice ahead of his own health, he even did the deal for the Shinigami eyes even though he knew he would lose half of his lifespan. When he received the Death Note, he became honored and began killing the people that Kira wants to kill saying the word "delete" while writing their names thinking that he does make the world a better place.

Teru is a very intellectual man, however it was his confidence and punctuality which allowed him to be beaten at his own game; one of Near's man managed to get and replace his Death Note because Teru never skipped a gym day in 4 years, not even on holidays, so he was able to find his Death Note while he wasn't paying attention. Teru tends to panic whenever his plans don't work, as he did when he found out that his Death Note was fake. Teru's loyalty to Light varies from the manga to the anime: in the manga, he renounces Light as his God after he saw the pathetic way Light panicked, asking him to kill the task force and the SPK even though he knew his Death Note was fake and even asking for help from Misa and Kyomi only to be reminded that one of them is not there while the other one is dead. He eventually died mysteriously in prison after 10 days. In the anime, however, he committed suicide so he could buy Light more time to escape death as his follower. 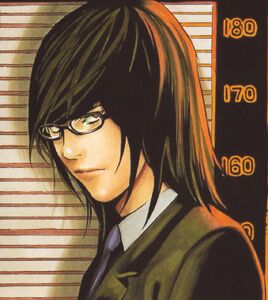 Mikami in the manga. 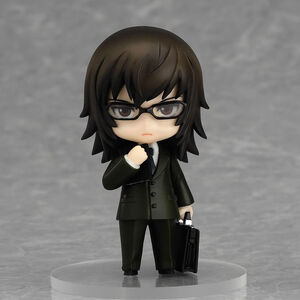 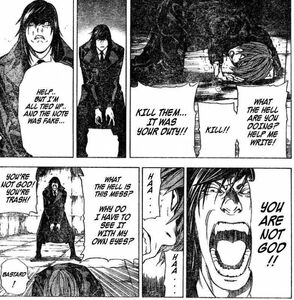 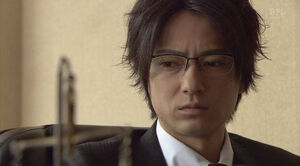 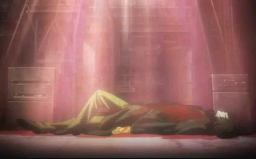 Mikami's corpse in the anime.
Add a photo to this gallery

Retrieved from "https://villains.fandom.com/wiki/Teru_Mikami?oldid=4283325"
Community content is available under CC-BY-SA unless otherwise noted.