Completing the evolutions of Orphnochs.

Kill all humans and replace them with Orphnochs as the master race.

Genocidal Dark Messiah
The Arch Orphnoch, also known as the Orphnoch King, is the most powerful Orphnoch and the overarching and final antagonist of Kamen Rider 555. His human identity is Teruo Suzuki, an orphaned boy rescued by Naoya Kaido who, unknown to everyone, houses the Arch Orphnoch, the alpha of their kind.

Teruo Suzuki was originally a young boy whose parents were killed in a fire caused by the Barnacle Orphnoch, leaving him an orphan. He was placed in the Sousai Children's Home, an orphanage run by Smart Brain, until Naoya Kaido decided to adopt him. Kaido took him home and allowed him to live in Keitarō's laundry mat, unaware of his immense power.

However, Teruo would later begin to act strangely, with it being eventually discovered that he was the vessel for the Orphnoch King. Whenever he would black out, his Orphnoch persona would emerge from his shadow to consume the lifeforce of Orphnochs in order to mature. The Arch Orphnoch would eventually be fully awakened when Kyoji Murakami gave up his life to it to revive it.

Furious that the Orphnoch King's awakening meant he was no longer the strongest Orphnoch, Kitazaki went to kill Teruo even though doing so would doom the Orphnoch race. However, the Arch Orphnoch proved much more powerful than Kitazaki and killed the Dragon Orphnoch by tearing off and devouring his face.

After the epic battle between all the riders, it was revealed that the Orphnoch King had managed to survive. Due to the severe wounds it sustained, it was placed in a stasis tank under Smart Brain's secret facility by the Lobster Orphnoch. Because his fate was never determined, it's unknown will he ever return or remain dormant for eternity.

The Arch Orphnoch have revived and part of Dai-Shocker but was defeated in the final battle.

Arch Orphnoch was revived as part of Dai-Shocker again. They later united with Dai-Zangyack and battled the army of Kamen Riders and Super Sentai, incluidng Arch Orphnoch's enemy: Kamen Rider Faiz. Faiz and Arch didn't get their own fight scene together, but he was seen fighting TimeYellow and Kamen Rider Super -1, and he is just barely spotted near the end of the second aerial scene fighting Pink5 of Bioman(to see that, you would need it in slow motion and with a high definition picture.) However, his fate, as well as his human identity as Teruo Suzuki, both remained unknown.

Arch Orphnoch was revived once again and part of Space Shocker. He is killed by Space Sherriff Sharivan.

The Arch Orphnoch was one of Amadum's monsters in the world within the Magic Stone. With the Batta Yummy and Alternatives 01, they attacked and defeated Beast when he intruded in Amadum's lair as he planned to harness the Kamen Riders power, forcing Beast to his proper place in space and time. The three monsters later appeared to capture the young Haruto and Koyomi, fighting off Haruto, Rinko, and Shunpei, when they tried to stop them. They brought the children to Amadum as Tsukasa Kadoya gave him the thirteenth and last Rider Ring (Fourze). The Kamen Riders refused to fight Haruto, saying they fought for human freedom and not just justice, engaging Amadum's monsters. The Arch Orphnoch, Batta Yummy and Alternatives 01, along with several other monsters, were destroyed by Wizard and Decade.

The Arch Orphnoch or Orphnoch King is of a special type who possesses the power to "complete" Orphnoch's evolution, removing all traces of humanity in the process while granting long life. Unlike others, the Orphnoch King can disintegrate them instantly. 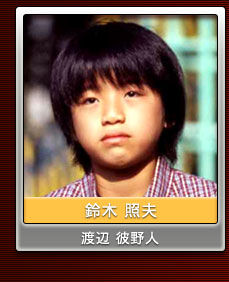 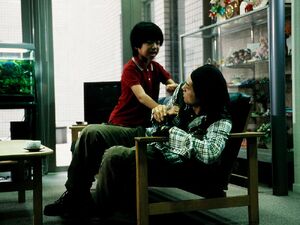 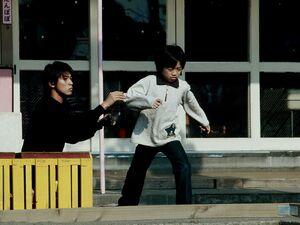 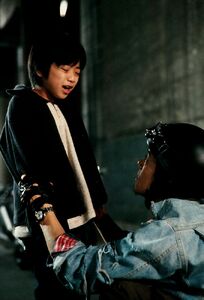 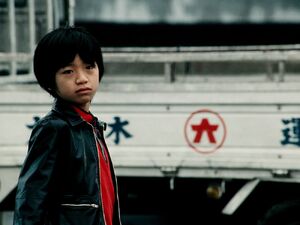 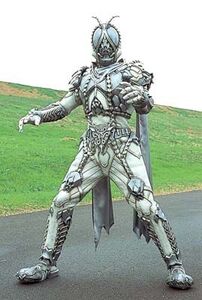 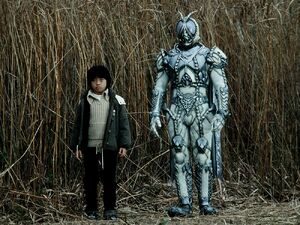 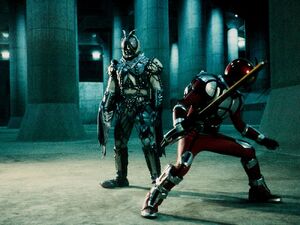 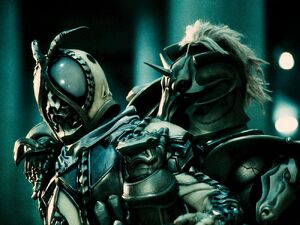 Yuji Kiba gives up his life to defeat the Orphnoch King. 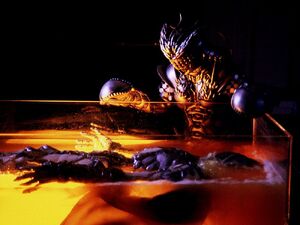 Arch Orphnoch held inside a stasis tank by Saeko Kageyama until it fully recovers.