Villains Wiki
Register
Don't have an account?
Sign In
Advertisement
in: Smallville Villains, Female, On & Off,
and 22 more

Tess Mercer (born Lutessa Lena Luthor) is a major character in the WB/CW television series Smallville, serving as the secondary antagonist of the Eighth and Ninth Seasons, and a supporting character in the Tenth Season and the Season 11 comics.

She is both the former protégé and half-sister of billionaire Lex Luthor.

She was portrayed by Cassidy Freeman, who also played Jacqueline in Once Upon a Time.

When Lex Luthor disappeared during a private expedition to the Arctic, Tess Mercer took control of all his projects and business. Like her predecessors Lex and Lionel, she became obsessed with finding the truth about Clark Kent.

She had very little touch with everyone who knew Clark, including Chloe Sullivan, Lois Lane and her old flame Oliver Queen, who did not have any confidence in her due to being an emissary of the Luthor family.

For a long time, she was obsessed with maintaining the Luthor's legacy and being totally devoted to Lex, whom she considered a hero. After she discovered that Lex used her to spy on people, she became very angry and took her revenge on him, merging his company with her company leaving Lex without resources to continue his own life.

After learning about Clark's secret and guided by voices coming out of the Orb that Lex had been looking for months before he disappeared, Tess took the power contained within the device and allowed the Kryptonians and Major Zod to be reborn on Earth.

Thinking that in this way she would be saving the world, Tess helped Zod to achieve all his goals but not without getting her own ambitions and plans.

After being summoned by one of her original organizations, her plans were affected and then Tess was pushed to go underground, to prevent an assassination attempt. Being rejected by Oliver, Zod and all those she knew, Tess realized that she had lost everything she had in her quest for power and in an attempt for redemption, faced Zod and tried to stop him, but he severely burned her with his heat vision.

From her hospital bed, Tess helped Clark use the Book of Rao and apologized for everything she had done. Unable to bear the wounds she had suffered, she then died in the hospital.

She was later brought back to life and awoke in the Cadmus Labs. She soon started to take care of a young clone of Lex Luthor whom she believed she could change but saw that the clone and its original host were one and the same.

It was later revealed that she was abandoned at the age of 5 by her birth parents, Lionel Luthor and Pamela Jenkins with her being raised in Granny Goodness's orphanage. What Lionel didn't realize about Granny that she was a prophet of Darkseid, who used the orphanage to train an army for service to her lord.

Granny had planned to train Tess to become the leader of the Female Furies, but when the girl was five years old, Lionel arranged for Tess to be adopted by the Mercer family in Louisiana.

In the series finale of Smallville, she is killed by her own half-brother, Lex Luthor, who was recently resurrected but succeeds in erasing his memories of knowing Clark's secret and earlier life with a neurotoxin.

She returns as Tess 2.0 in the eleventh season of Smallville she succeeds to overcome her obsession for revenge on her brother and rejoins the Justice League, becoming Watchtower once again while Chloe is on maternity leave. 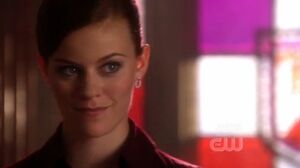 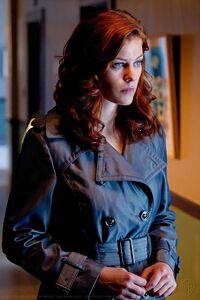