Member of the Eight Devils of Kimon

Tessai (in Japanese: 鉄斎) is one of the Eight Devils of Kimon and a major antagonist in the anime film Ninja Scroll. Tessai has the ability to turn his skin into stone, thus rendering normal forms of attack completely useless.

When the Koga Ninja team attempt to enter Shimoda village both Tessai and Yurimaru are lying in wait.

Tessai slaughters many of them, then kills the leader in the most deliberately sadistic way possible: grabbing his arms and ripping them off by hand after letting him suffer, before drinking the blood from the stumps.

The only survivor is the kunoichi Kagero, who Tessai abducts and attempts to rape. When Kagero wakes up, Tessai tells her not to fight back and she'll 'live a little longer,' and that he wouldn't min murdering her and raping her corpse if she proves troublesome. The hero of the film, Jubei Kibigami happens upon them as a lost traveler asking directions. Tessai not-at-all-psychotically tries to kill him for the interruption. Jubei manages to land a hit on his face and saves Kagero. Tessai only abandons the pursuit of them when Yurimaru orders him to because they have important matters to see to.

Tessai later tracks down Jubei and tries to murder him. Only from being poisoned by Kagero earlier during his rape attempt was he weakened enough for Jubei's attack to harm him. He was then killed by his own blade when it returned to him. Jubei's attack severed his fingers, and so he was unable to stop his blade before it embedded itself into his head. 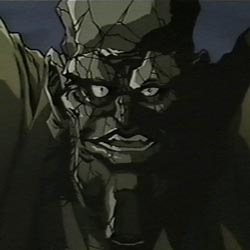 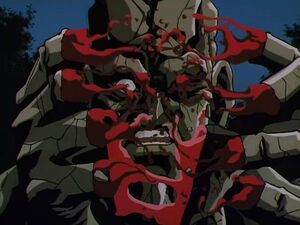 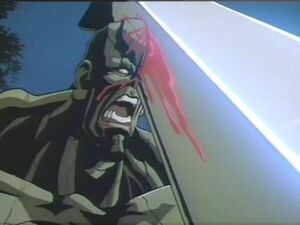 Tessai's demise.
Add a photo to this gallery 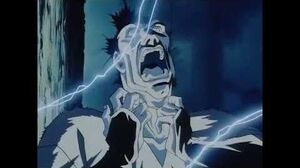 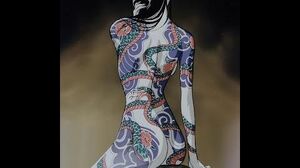 Ninja Scroll - Tessai Devil VS Jubei Kibagami (1993)
Add a photo to this gallery
Retrieved from "https://villains.fandom.com/wiki/Tessai?oldid=3541493"
Community content is available under CC-BY-SA unless otherwise noted.