The Test Subjects are the main antagonists of the well-known internet Creepypasta The Russian Sleep Experiment. They are a group of Russian political prisoners who are exposed to an experimental gas that prevents them from going to sleep. After nine days, they become insane and begin self-harming to stay awake, and become violent when the gas is turned off. At the end of the story, it is heavily implied that this is caused by a mysterious force inside all humans that is the reason humans need to sleep, lest they become like the test subjects in the story.

Five political prisoners in Soviet Russia are placed in cells and exposed to an experimental gas that removes the need for humans to sleep, under the false promise of freedom if they cooperate. After four days on the gas, they begin to talk about increasingly traumatic past experiences through the microphones connecting the cells. After nine days, one of them begins to scream. He screams for hours, with the other subjects not reacting, until finally his vocal cords tear and he falls silent. When a second one starts to scream, the other subjects simply cover up the glass portholes between the cells and the screams stop, as does the communication via the microphones.

After three more days, the scientists realize that the subjects have not spoken or done anything since the screaming stopped. Worried that they may be dead, or in a vegetative state, one of the researchers uses the intercom to tell the subjects to lie on the floor and that if they do then one of them will be freed. The only response is "We no longer want to be free".

After fifteen days in total have passed, the researchers decide to open the doors and remove the test subjects. The soldiers who go to extract them discover that they have inflicted horrific injuries on themselves by ripping away portions of muscle and flesh. They have also ripped out several of their internal organs, which inexplicably continue to function. It also becomes apparent that they have begun eating their own flesh.

The subjects have to be forcibly removed from their cells, with one actually killing a soldier by ripping his throat out and castrating another soldier. Five others are so traumatized that they later commit suicide. The subjects constantly beg to be put back on the gas, and one of them ruptures his spleen and bleeds to death. However, his heart continues beating for two minutes after all his blood has drained before he finally dies.

The most mutilated subject is taken for surgery, but is completely immune to the sedative that they try and use on him. Demanding to be put back on the gas, he tears through not only the wrist strap but also a soldier trying to hold him down. Eventually, they put him to sleep with anesthetic and his heart stops. The mute subject is also sent for surgery, but the doctors decide to perform the operation without anesthetic. According to the lead doctor, it should not be medically possible for him to be alive. When the surgery is complete, the subject gestures for a pencil and paper and writes "Keep cutting".

The final two that have not yet been given the surgery are given a paralytic drug, as the doctors cannot perform the surgery while the patients continuously laugh. When it is complete, the two subjects again ask for the stimulant gas. When asked why they ripped themselves apart and tore their own guts out, they reply that they must remain awake.

The three subjects are put back in the cells. The scientists are told by the military to put them back on the gas. However, this time they are wired up to an EEG monitor and strapped to their beds. All three subjects begin to struggle, but stop when they are told that they are going to be given the gas. However, one of the two subjects that can speak falls asleep and his EEG flatlines. The remaining subject that can speak begins screaming to be put on the gas, his monitor showing the same flatlines as the now-deceased subject. However, the commander orders that three researchers be sealed in with them and one of the three immediately shoots him dead, followed by the mute subject.

The scientist asks the only remaining subject what he is, and he replies "We are the madness that lurks within you all, begging to be free at every moment in your deepest animal mind. We are what you hide from in your beds every night. We are what you sedate into silence and paralysis when you go to the nocturnal haven where we cannot tread.". The scientist's response is to shoot the subject in the head, and it whispers "So... nearly... free..." before dying, finally ending the experiment. 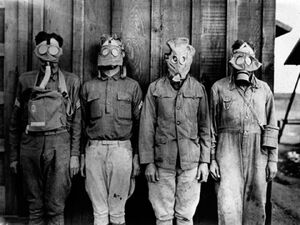 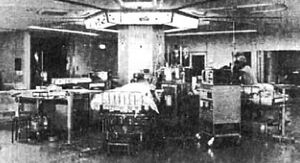 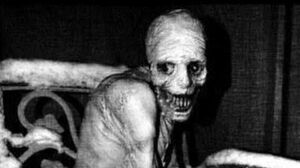