Skilled usage of their scythe

Testament is a minor antagonist in the Guilty Gear series. They are able to wield odd magic and fight with both a scythe and impressive moveset consisting of summons, as well as their unnamed crow familiar.

Testament was a orphan during the time of the Crusades, a war between humans and the Gears, lifeforms enhanced with magical powers that were being controlled by Justice. Testament was adopted by Kliff Undersn, the leader of the Holy Order, an army created to fight the Gears. After growing, Testament decided to join the Holy Order to fight in the war. They became known as the Black Knight, fighting alongside their adoptive father. However, Testament started to become depressed and frustrated, because the war would never end. The Post War Administration Bureau offered to transform them into a Gear, which testament accepted. Testament retained their sense of self, but decided to change sides on the war, due to Justice's influence over all Gears. Kliff was forced to fight Testament, seemingly killing them. After this, Kliff decided to retire from the Holy Order, passing down their leadership to Ky Kiske, who sealed Justice, thus ending the crusades.

Testament survived somehow, hiding while looking for a way to unseal Justice. After some time, they decided to use their ties with the PWAB and create the Holy Order Tournament, in order to gather enough sacrifices to release Justice, using the excuse that a new Holy Order would be created and the winner would have anything they desired as a prize. Kliff and Ky both enter the tournament, as well as Sol Badguy, the one who had defeated Justice previously. Sol wins the tournament, facing Testament, who tells their entire plan and attacks Sol, to get their last sacrifice. Sol defeats Testament, who decides to use their own blood as a sacrifice, successfully releasing Justice. Sol destroys Justice, making all Gears stop functioning. Testament, however, disappeared.

Testament had gone into hiding again, but they soon learned about the existence of another Gear named Dizzy, who was hiding in the middle of a forest. After discovering that the PWAB put a huge bounty over her capture and organized a new Holy Order Tournament, Testament decided to protect her from everyone at all costs. They are defeated by Sol Badguy again, who fights Dizzy and defeats her. However, Sol decides to spare her life, and the bounty is given to Jam Kuradoberi, making Dizzy officially dead. Dizzy decides to join the Jellyfish Pirates led by Johnny, to which Testament reluctantly agreed, deciding to stay in the forest.

Some time later, Testament decided to visit Dizzy, only to discover that she had been knocked off from the Pirates ship. Enraged at the humans, they frantically searched for Dizzy, eventually meeting with the vampire Slayer and Sol Badguy, learning that both the PWAB and "That Man" were on the move. They finally find Dizzy, who tells them that her fall was not the fault of the Jellyfish Pirates. Testament accepts the decision of Dizzy of staying with the Pirates, becoming more acceptive of the humans.

Testament remains as guardian of the Souls Forest. However, they are lured out by I-No, and the threat that Dizzy may once again be in trouble. In one of their endings, they return to the forest and discovers it being burned by humans. They curse humanity, but promises to remain with the burning forest and to disappear along with it, resigning to finally rest. In their second ending Testament encounters Dizzy and upon safely returning her to the Jellyfish Pirates, they return to the forest, promising to remain there and protect it until a time where they have to leave once again. 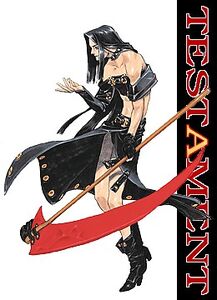 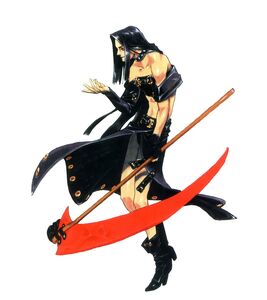 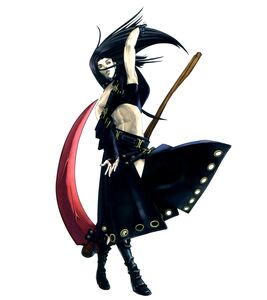 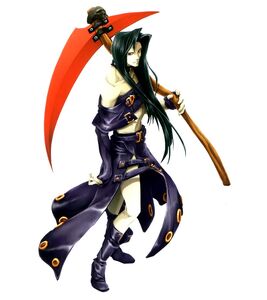 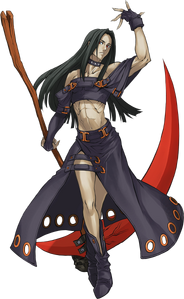 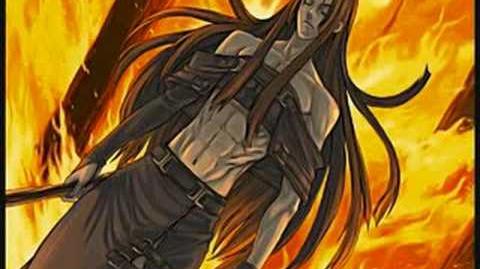