Testament of the New Ezekiel

The Hands of The Lord

Preventing the birth of the Antichrist in order to bring forth paradise.

The Testament of the New Ezekiel is a cult led by Sullivan Knoth that appears in the 2017 survival horror video game Outlast 2, in which they, alongside their rivals The Heretics, serve as the main antagonistic force. The group is located in a remote settlement simply known as Temple Gate.

Blake Langermann and his wife, went out to investigate the murder of a Jane Doe. The two take a helicopter due to the inaccessibility by road which ends up crashing in a narrow ravine due to a mysterious white blast causing the helicopter to malfunction.

Blake wakes up sometime after, only to discover that Lynn is missing. As Blake ventured deeper, he realizes that he is stranded in a remote village that is inhabited by a cult who believe that the end will come upon them. The Testament intends on torturing and murdering Lynn and her unborn child as they believe it's the Anti-Christ, however she escapes and is kidnapped by the Heretics once again.

The cultists spend the entire night relentlessly pursuing Blake throughout Temple Gate, occasionally clashing with the Heretics due to their polar opposite views. By the end of the game, every last member of the Testament, including Knoth himself, have committed mass suicide, mostly via cyanide poisoning, as they failed at their goals as Lynn gave birth to the "Anti-Christ", and that Knoth can no longer hear God. 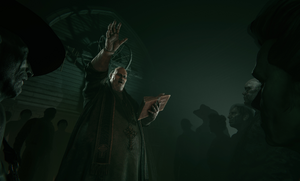 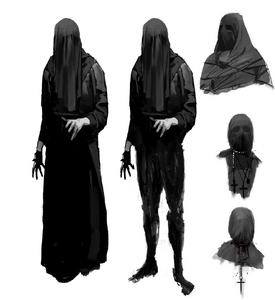 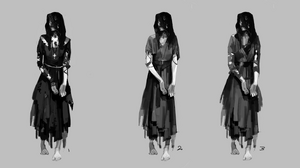 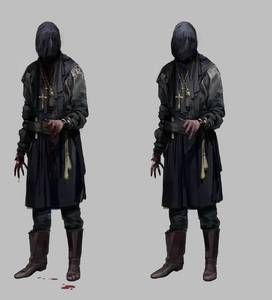 Retrieved from "https://villains.fandom.com/wiki/Testament_of_the_New_Ezekiel?oldid=3973641"
Community content is available under CC-BY-SA unless otherwise noted.