Hunt down Mary, Joseph, and Bo (gave up).

Thaddeus and Rufus are the secondary antagonists of the 2017 animated film The Star. They were the Hunter's pet dogs who used to work for King Herod.

Being loyal to the Hunter, Thaddeus is intelligent and very serious, compared to Rufus, who isn't exactly bright and think mostly about eating, but just as mean. However, they turned over a new leaf after realizing that the Hunter never cared for them, and Rufus became friendly while Thaddeus became kinder and wiser.

Thaddeus and Rufus first appeared when the three wisemen arrive at Herod's palace and they scare the wisemen' camels Felix, Cyrus and Deborah. When the wisemen tell Herod about the new king, Herod feels threatened and send the Hunter to kill the newborn at all costs. To that end, Thaddeus and Rufus tortured a jerboa named Abby due to her spreading the story to the animals. Abby confessed that she witnessed a girl named Mary being greet by several angels, who foretold of her being the mother of the new Son of God.

The Hunter and the dogs then surveyed around Nazareth to find Mary, eventually tracking down her house. However, they soon learn that she left with her husband Josepf and that a donkey named Bo and a dove named Dave are currently staying in the place. Dave tries to distract the dogs with dancing, but Thaddeus discovers Bo trying to escape. They intimidate Bo into telling them after he says Mary's name, but the soldier lifts him and the dogs sniff the bandage on his leg to catch the scent. They then let Bo and David go, in hopes that they would lead them and the Hunter to Mary and Joseph.

As Bo helps Mary and Joseph reach Bethlehem to prepare for the child's birth in a manger, Thaddeus and Rufus arrived to the scene, telling Bo to leave as they want to kill the newborn baby. However, Bo refuses to leave and gives Rufus a hoof on the head, and Thaddeus tries to attack, but the chain that he's connected to prevents him from doing so. However, the Hunter arrives to the scene, allowing Thaddeus to pin down Bo.

After being reeled back to safety and being freed from their chain, Thaddeus and Rufus start to regret their actions, seeing now that the Hunter was only using them. Fortunately, Bo convinces them to forget about it as they are free now and can change for the better. Thaddeus and Rufus would later witness the birth of Jesus, with Thaddeus suggesting that he and Rufus should try to become nice.

During the credits, Thaddeus and Rufus are shown betraying, rejecting, and arresting King Herod as punishment for his crimes after their rehabillation. 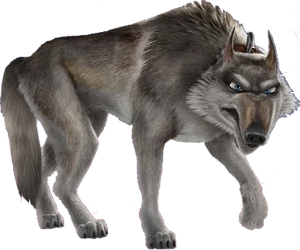 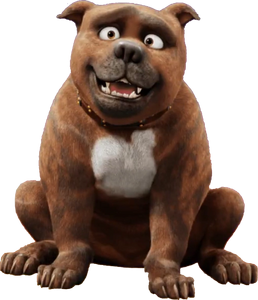 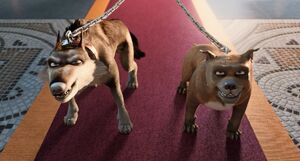 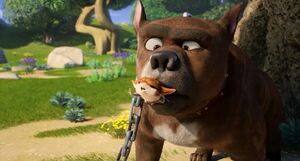 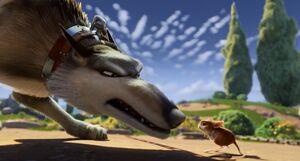 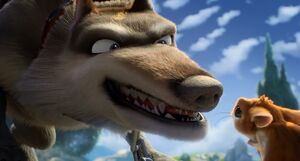 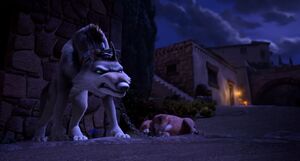 "You just made a big mistake." 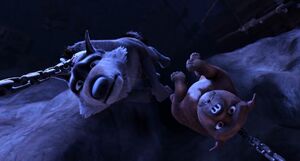 Thaddeus and Rufus before the Hunter drops them into the void. 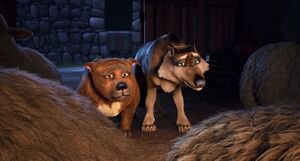 Thaddeus and Rufus seeing the newborn and accepting Bo's friendship.