Exploiting and betraying everyone.

Get out into the world to make something of himself (succeeded).

Destroy everything that belongs to his "father".
Establish his own clan.
Amass as much wealth as he can through treachery.

Thailog is a major antagonist in the animated series Gargoyles. He was one of many clones created to act as a sort of mirror-image of the Manhattan Clan, Thailog was their leader and a dark counterpart to Goliath (widely regarded as the main protagonist of the series).

He was voiced by Keith David, who also portrays his genetic donor and portrayed Tublat in The Legend of Tarzan, Big Tim in Requiem For A Dream, Older Guy in The Nice Guys, and Dr. Facilier in The Princess and the Frog.

Thailog greatly resembles Goliath save for having darker skin, white hair and red eyes - a result of mutation caused by his accelerated age, though physical similarities are about as far as things go for the two as Thailog is considered one of the more genuinely malevolent foes the gargoyles have faced and at times actually seems to take pride in his evil reputation.

Thailog is one of the most thoroughly malevolent of the Manhattan Clan's adversaries. Thoroughly cunning, persuasive, and duplicitous, he will happily betray anybody for his own benefit, and is ever ready to enrich himself at others' expense. He also seems to have something of an Oedipus complex, both in his attempts to kill his "fathers", especially Goliath, and in his choice for mates (first Demona, who was Goliath's past mate, and then Delilah, a genetic amalgamation of Demona and Elisa). He is a skilled trickster, rivaling Xanatos in his wiliness.

Even though Thailog is a sociopath, he is not insane or irrational as he even seems to be aware that he is evil - and is proud of it. Despite this, Thailog is often polite and can be charming to women, though this was to mask his true intentions, making him kind of a womanizer. 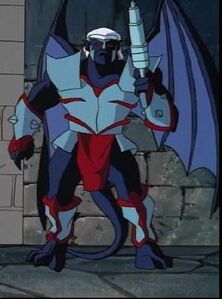 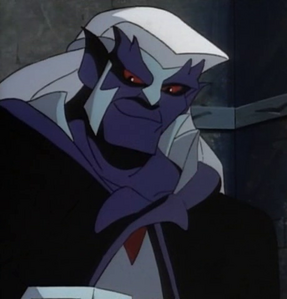 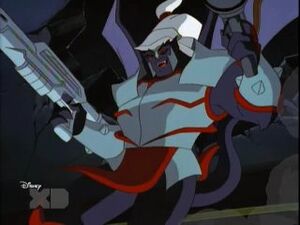 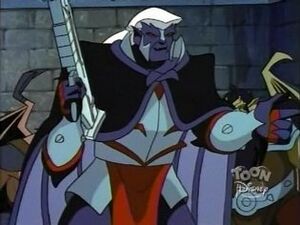 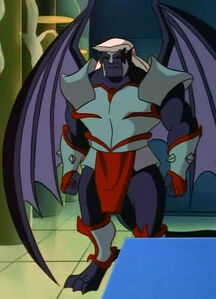 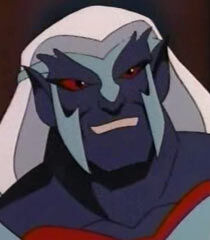 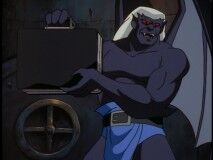 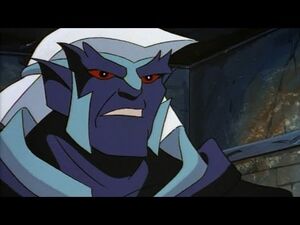 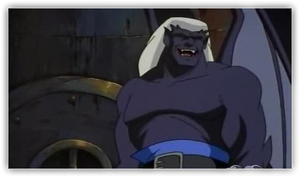 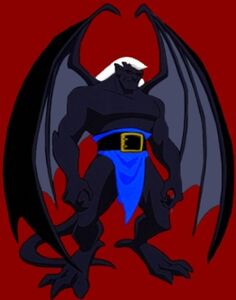