Eliminate the Nabateans, specially Seiros.
Take over Fodlan (both failed).

Thales is the leader of Those Who Slither in the Dark and the main antagonist in Fire Emblem: Three Houses.

He is Solon and Kronya's leader as well as the employer of the Flame Emperor. He is also behind many of the tragedies that happened in entire game, including the Tragedy of Duscur. He serves as the main antagonist in the first half of the game, also known as the Acadamy Phase, and the archenemy of Byleth, Sothis, Edelgard and Dimitri.

He is voiced by Masaki Terasoma in Japanese version, and by Christopher Corey Smith (credicted as Chris Smith) in English version with the latter also voiced Slayde in Fire Emblem Echoes: Shadows of Valentia, and Legion and Reinhardt in Fire Emblem Heroes.

Thales is a priest of Agartha and one of Those Who Slither in the Dark. In order to carry out his master plan, he acts in the shadows of Fódlan under the disguise of Lord Volkhard von Arundel, uncle of Edelgard von Hresvelg and step-uncle of Dimitri Alexandre Blaiddyd. He is also responsible for the tragedy in Edelgard's family by the Crest experiment on her and her sister.

The truth behind the Tragedy of Duscur is revealed when Edelgard and Hubert, in the Black Eagle route, revealed to Byleth that Volkhard and Thales are one and the same, being the leader of Those Who Slither in the Dark. He composed the Tragedy of Duscur in order to destabilize Faerghus and make it easier for Cornelia Arnim, another of his agent, to gain a foothold in the Kingdom's affairs.

Thales first appears in the Acadamy Phase as soon as the plot twist happened when Jeralt is killed by Kronya, disguised as Monica. Trying to save their father, Byleth to use Divine Pulse to rewind time. However, just as they draw the Sword of the Creator to intercept Kronya, Thales teleports in and blocks the attack, leaving Jeralt's assassination an inescapable fate.

After Jeralt's death, Thales and Kronya met the Flame Emperor, who was clearly disgusted by their crimes in spite of being their working partner.

Thales, sometimes under his disguise as Volkhard, serves as an antagonist in different degrees dependent on the phase the player chose. In the Black Eagles/Crimson Flower route, as an unscrupulous and vicious supporter in the Empire's war against the Church of Seiros, Volkard appeared in front of Edelgard and Byleth after Edelgard killed Cornelia, trying to find out the reason.

Having no answer from his niece, Volkhard used his "javelin of light" to eliminate House Rowe's important members and a third of the Imperial troops stationed there, in another attempt to keep Edelgard in line, but it only made Edelgard to push everything on Rhea and the Church of Seiros without yielding.

Before the final battle between Edelgard and Rhea/Seiros, Volkhard visited his niece and stated his dream of ruling the world will be fulfilled, but Edelgard secretly planned to eliminate him and his faction alongside Byleth once she had done with Rhea.

Upon Edelgard's dethronement of Duke Ludwig von Aegir, the former Prime Minister of the Empire and Ferdinand von Aegir's father, Volkhard took over Duke Aegir's land and started an even worse oppression than the already corrupt Duke Aegir, who became a scapegoat since Volkhard took harsh texes only under Duke Aegir's name. As a result, Duke Aegir was killed by people in his land after he escaped Edelgard's house arrest.

After Dimitri reclaimed the Holy Kingdom, Volkhard was eventually defeated and killed by Dimitri during the Empire's invasion against the Leichester Alliance. Ironically, when he killed Volkhard, Dimitri never even realized that he had killed the man responsible for the Tragedy of Duscur, nor did he discovered any trace of those who had slither in the dark (though he doubted that the Tragedy of Duscar was conspired by someone in the dark).

In the Golden Deer/Verdant Wind role as well as the Church/Silver Snow route, Thales' role are relatively the same, being the routes' main antagonist (albeit not as the final boss in either of them). During the war, Thales learned that Byleth - and by extension Sothis - has reawakened and is leading the Church's Resistance Army/Alliance Army against the Imperial forces. He attempted to kill their forces at Fort Merceus by dropping javelins of light to destroy the fort, however, this attempt fails, as the Death Knight informed them to flee after the battle.

After vanquishing the Empire and killing Edelgard, the Reistance Army/Alliance Army discovered the existence of Shambala, the underground base for Thales and Those Who Slithered in the Dark, thanks to Hubert who defected in his final moments to make Byleth destroy the faction and avenge Edelgard's childhood tragedy. Upon seeing his enemies arriving at Shambala, Thales attempted to destroy them all to spite Sothis, even if it meant to destroy his base, but he was eventually defeated.

Nevertheless, realizing his defeat, Thales attempted to take down the entire base and killed everyone with him using his javelins of light. Though most of the missiles were intercepted by Rhea, who transformed into the Immaculate One, a few were able to strike Shambhala, killing Thales himself from the collapsing rubble, while Byleth and his companions all survived. 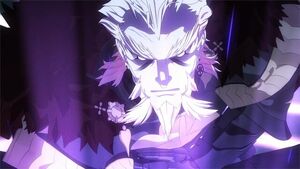 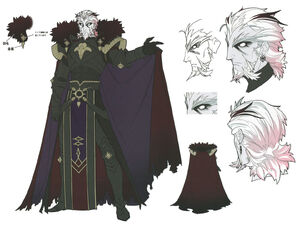 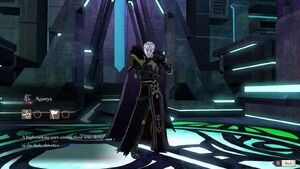 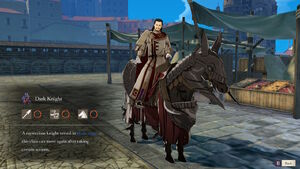 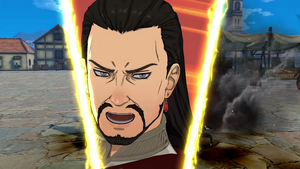 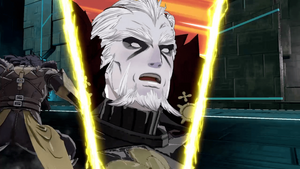 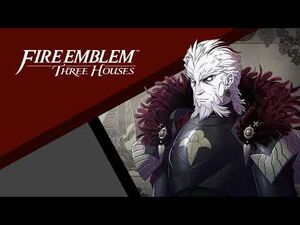