Retrieve Plaga samples both submissive and dominant required by Albert Wesker to further his schemes. (succeeded)

The 3rd Organization was the term used to describe the secret underground organization led by Albert Wesker; it is otherwise known as The Organization.  It was primarily comprised of his own followers and agents and operated with the intent to acquire certain items which he could use for his plans for global domination.

In 2002, Jack Krauser joined Wesker's organization and became his most loyal follower; wholly believing in his ideals. In 2004, Wesker sent an invitation to a spy he had previously worked with the Umbrella Corporation's rival company, Ada Wong, to join Wesker. Both Krauser and Ada was deployed in a Spanish Village to find and retrieve the Dominant Species Plaga sample. Krauser served as Osmund Saddler's henchman (the person who held the sample) and kidnapped Ashley Graham in an attempt to give Saddler his trust and retrieve the sample. Because Saddler did not give Krauser it, Ada was to infiltrate Saddler's territory and obtain Las Plagas by force. Ada killed Krauser who was previously defeated by Leon S. Kennedy, then stole the sample from Leon. Ada betrayed Wesker by only giving him a subordinate Plaga sample, and gave the Dominant Species to her employees. Although, Wesker then took the Las Plagas from Krauser's corpse. Armed with the parasites, he rose to leadership within the Rival Company, and his own organization was either absorbed or rendered defunct.

The 3rd Organization's secret logo which reveals or appeared to be that of the Umbrella Corporation. 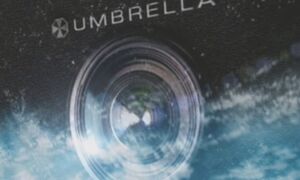 A familiar logo of the Umbrella Corporation found on the loading screen within the 3rd Organization's computer system.