To torment the Liars, Get revenge on the Liars (Mona and Charlotte's)
To avenge Charlotte's murder (Alex's)

Stalkers
The A-Team is the main antagonistic faction of the television series Pretty Little Liars.

The A-Team is the team of "A's" assembled by the main "A" during the time of operation.

Mona Vanderwaal is the founder of the A-Team and later the right-hand woman to the second leader Big A, also known as Red Coat. In the seventh season, Mona joins the "A.D."-Team under orders from Uber A and spies on the Liars in a Melissa Hastings mask, as well as knocking out Spencer and delivering her to Uber A.

Sara Harvey is the friend and ally to Charlotte, assisting her in playing the game. Sara is the Black Widow and also dressed up as Red Coat to decoy for Charlotte. However, in the sixth season, Red Coat becomes her official disguise, while Charlotte is dressed as a black hoodie.

Alex Drake is the leader of the "A.D."-Team and Uber A.

Toby Cavanaugh is recruited for the A-Team in the third season. He becomes one of Red Coat's minions, working hand in hand with Mona and being the "brute" of the team, responsible for attacking people. In the end, he reveals that he is on the A-Team to protect Spencer not to harm and they reconcile, with Toby being removed from the team.

Spencer Hastings joins the A-Team in the A-Team in the third season and becomes another one of Red Coat's minions, also working with Mona. Spencer is first tasked with kidnapping Malcolm so that Ezra and Aria would break up. She later helps Mona and Red Coat plan out of the Lodge Fire party so that Red Coat could trap her friends. However, Spencer discovers that Toby is alive and on her side and the two of them operate inside the A-Team to bring it down.

Melissa Hastings is revealed to be the Black Swan and the Queen of Hearts. She claims that Mona blackmailed her into wearing the Black Swan costume or she would reveal the truth about her pregnancy. She is later sent by "A" to wear the Queen of Hearts costume on the Halloween train with Wilden and kill Aria, which they fail to do. In the fifth season, it is once again implicated that Melissa is operating for "A".

Darren Wilden is sent to kill Aria on the Halloween Train, along with help from Melissa Hastings, as the Queen of Hearts, for unknown reasons. He also communicated with "A" about an undisclosed "barbecue". He is later killed by CeCe Drake, who is revealed to be Big A, after he finds out that Alison is alive.

Jenna Marshall is a minion of Big A and an ally for Uber A. Jenna found out that Charlotte had a sister and recruited Noel Kahn to help find her. Jenna was desperate for one final chance to see and offered to help Alex/Uber A in her scheme. She is sent to the Blind School to kill the Liars and later assisted in the Endgame.

Sydney Driscoll is a helper to Uber A. Alex/Uber A discovered that Sydney was stealing from a bank and believed that she fit the hoodie, so she recruited her for the cause, though Sydney claimed that she joined because she did not want to be on the "losing team". Sydney is sent by Uber A to drop off a donation for Jenna's eye surgery. Sydney then takes on the identity of "A.D." to recruit Aria Montgomery into joining the A-Team. Aria believes her at first but quickly deduces that she is taking orders.

Aria Montgomery is the helper to Uber A. She is recruited by Sydney Driscoll, under orders from Uber A, to join the A-Team. She doesn't accept the offer to torture her friends with "A.D." and Sydney at first, but later "A.D." questions if she has made a decision yet and she goes to face chat with them. "A.D." has Aria give them information about the Liars' recent discoveries and once she informs them of Lucas and Charlotte's comic book, "A.D." sends her to steal it and deliver it to them. She drops off the comic book in a locker at the school and then receives an "A" uniform hoodie in return. She is then sent to act as "A.D." to trash Emison's baby nursery, almost getting caught in the process. Despite feeling guilt over her actions, she continues acting as "A.D.'s" helper and they send her to Spencer's house to drop off a recording of a conversation between Mary Drake and Peter Hastings. Aria suits up in her uniform and goes to place a puzzle piece on the game and retrieve the file on Ezra in return. After the police seize the Liars' phone, "A.D." gifts Aria with a new one, as a gift for her being in their team. She requests to meet "A.D.", claiming that she has earned her way onto the A-Team and "A.D." agrees, requesting that she wear the "A" uniform. However, when Aria goes to meet "A.D.", dressed head to toe as "A", the Liars confront her instead, after Mona had informed them of her being on the A-Team. The Liars are furious about her collaboration with "A.D." and leave her in the woods. "A.D." gifts her with an alibi for the night of Archer's death and tells her that she has won Liar's Lament. However, she officially defects from the A-Team and returns to the Liars.

Wren Kingston is an accomplice to Alex Drake. He is the one who informed CeCe and Alex of each other and later helps Alex with certain parts of her game, though stays in London for the most part. He is the father of Emison's baby and shoots Alex so that she will have a similar scar to Spencer. He is also sent to act as "A.D." and kill Mona until she offers to help instead.

Mary Drake is the helper to Alex while in the bunker. She helps keep Spencer kidnapped, though does not want Alex to hurt her.

The official "A-Team" uniform is a black hoodie with black gloves and pants. However, in seasons three and four the leader of the team wore a Red Coat, while her ally dressed in the same disguise, but also donned the Black Widow outfit. 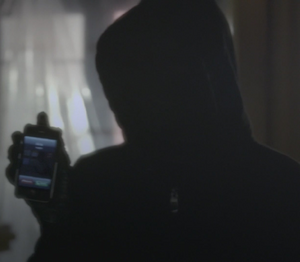 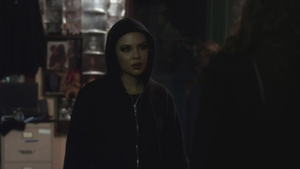 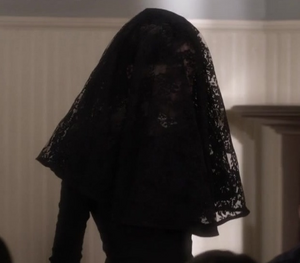 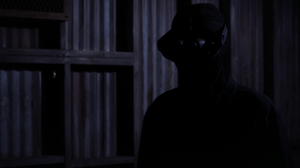 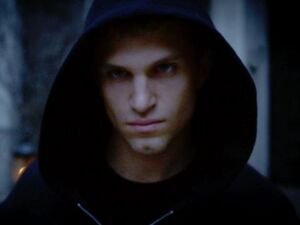 Toby on the A-Team. 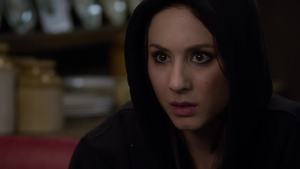 Spencer on the A-Team. 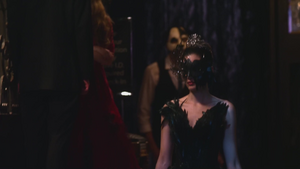 Melissa on the A-Team. 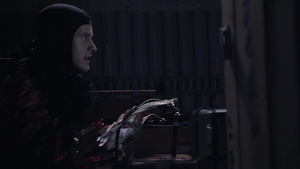 Wilden on the A-Team. 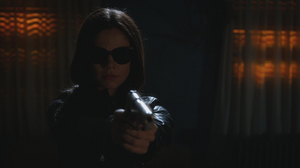 Jenna on the A-Team. 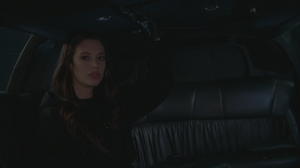 Sydney on the A-Team. 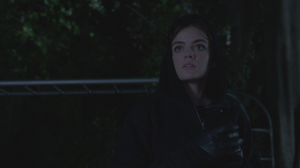 Aria on the A-Team. 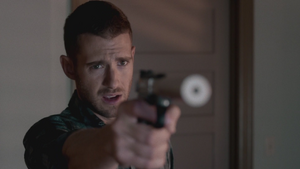 Wren on the A-Team. 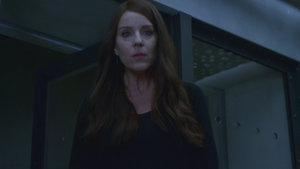 Mary on the A-Team.
Add a photo to this gallery
Retrieved from "https://villains.fandom.com/wiki/The_A-Team?oldid=4346962"
Community content is available under CC-BY-SA unless otherwise noted.