The Architect (The Matrix)

Creator program of the Matrix

Keep the Matrix under his control from unbalanced equations (formerly).

Help Neo and other people of Zeon win the war and defeat Agent Smith (succeeded).

The Architect is one of the two overarching antagonists (alongside the Deus Ex Machina) of The Matrix trilogy. He is the creator of The Matrix, arguably giving life to all beings in The Matrix, including the Agents and the Machines.

He was portrayed by Helmut Bakaitis.

The Architect was a program created by the Machines following their victory over humanity in the Machine War. Due to the loss of the sun, the Machines turned to the human body as an abundant energy source, devising a way to accomplish this through experimenting on prisoners of war. The Architect was tasked with the construction of the Matrix, a virtual reality world meant to keep the enslaved humans pacified as energy is harnessed from them.

The Architect designed the first version of the Matrix for it to be a perfect utopia where none suffered and all would live prosperously and in peace. Though considered a masterpiece at the time, it's greatness would only be matched by it's failure, as human minds were unable to accept the programming and rejected it, resulting in widespread "crop" failure.

The Architect tried again by designing the second version to be the exact opposite of it's predecessor; an imperfect and nightmarish world with suffering based on human history. It had basic cause and effect scenarios implemented, as well as programs taking the forms of monsters from various human mythologies. Despite this contrast, the second one failed as the first had.

The Complete Matrix and the Anomaly

While creating the framework for the next Matrix, the Architect enlisted the help of another program, whom would later be known as the Oracle, designed to understand human psychology and nature. The end result was a successful version of the Matrix which endowed humans with the power of choice in the programming, even if humans were only aware of choice on a vague sub-conscious level.

Additionally, one significant systemic anomaly would appear after two-thirds into the Matrix's first cycle: a human being born with control of additional Matrix programming originating from the Source, which is believed to be the central computing core for the entire Machine mainframe. The Architect tried to remove this anomaly, but to no avail.

There was also the matter of Zion, the last bastion of human resistance against the Machines. Which could not be allowed to grow too strong lest they become a threat.

The Architect had also learned that unless the reload was carried out, the Matrix would undergo a catastrophic systemic crash, which would kill all humans connected to it and lead to the extinction of humanity, as well as leave the Machines destitute of an abundant power source.

The Prophecy of the One

Eventually the Architect had devised a process in which the reload of the Matrix could be successfully carried out, whilst the threat of Zion to the Machines is placed under their control.

Every century the Architect would work with the One, the human anomaly, in order to return the important code from the Source needed to reload the Matrix. The One would then be given the choice of either making an futile attempt to save Zion and cause humanity to go extinct under the systemic crash of the Matrix, or carry out the Matrix's reload and leave Zion to be destroyed. Either way, Sentinels, the model of robot used by the Machines to hunt and kill humans, would then be deployed to Zion in massive numbers, slaughtering all of the Zionites and utterly destroying the city.

In case of the latter choice, the One would then select a handful of humans to be unplugged from the Matrix, where they would rebuild and repopulate Zion after "escaping".

Not all Machines, such as the Agents, were privy to this information.

Since the creation of the prophecy, the Architect has met and worked with five Ones to reload the Matrix over the course of five centuries. Each and every prophesied One would choose to reload the Matrix and let Zion be destroyed, lest humanity be rendered extinct. They would then select humans to be unplugged from the Matrix and be sent to rebuild and repopulate Zion. With each iteration, Zion had been successfully been destroyed, and with each attack the Machines grew to be more efficient in destroying the city and eradicating its inhabitants.

66 years have passed and the sixth One, Neo, was created. 34 years later, the Architect noticed that his most favored agent, Smith, went rogue, so the Architect converted Smith into a virus. The Architect finally sees Neo. He explains to Neo the true nature of the prophesy and that Neo is the result of a systemic anomaly that brings imbalance to even the most simplistic equations. Unlike the previous five Ones, Neo has deep feelings with Trinity. Neo has a different choice compared the first five Ones.

After Neo made peace with the Machina and defeated Smith, the Architect meets up with the Oracle in a public park within the Matrix. He told her that her game was "very dangerous" (implying that he found out about her role in ensuring that Neo found an alternate means to end the war), but acknowledged that, thanks to Neo's actions, both humanity and the Machines survived and will enjoy a time of peace in accordance with the truce. However, the Architect highly doubted the peace will last long, believing that the humans may just decide to break their end of the bargain in the future

The Architect is highly calm, mysterious and intelligent individual. He uses very affluent vocabulary which emphasizes his infinite intelligence. He is also very racist towards humans. He is also extremely humorless and unemotional, so he has no emotions. Nonetheless, he is also honorable and trustworthy and was shown that he is capable of keeping promises, as when the Oracle asked him about the humans, he mentioned they would "naturally" be freed, and when asked if he was to maintain his end of the bargain, he said to her "what do you think I am, human?" while implying that he considers that humans never keep promises.

The Architect has a pen that if touched, changes his hundreds of monitors to focus on someone else. In one case, the monitors of Neo show his many different reactions compared to what Neo was going to say. 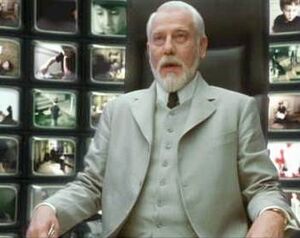 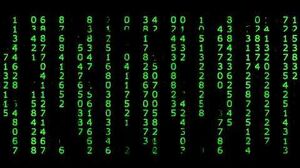