The Army (Castle in the Sky)

Laputa: Castle in the Sky

Find and discover the secret of Laputa.

The Army from the anime movie Castle in the Sky is an army wanting to find Laputa, just like the Dola Gang.

General Muoro led the Army to the searches for Laputa. Colonel Muska however, used them to catch Sheeta and discover the secret of Laputa too. They called Warship Goliath and were about to go searching for Laputa in the morning, but Sheeta's stone raised a Laputa-robot and it tried to get to Sheeta to protect her. Goliath destroyed it Sheeta managed to escape Dola Gang & Pazu thanks to but Muska found the levistone. They then left to search for Laputa, but so did the Dola Gang. They found LAPUTA took the Dola Gang prisoners and rod treasures, but as they found out that Muska was in Laputas black ball within they started to search for an entrance. Muska called them black ball's within showed them Laputas Power and dropped one part of the army and the General to their death. Then other part Army and the Dola Gang left getaway when Muska raised robot-guards. They tried to make resistance but probably died. 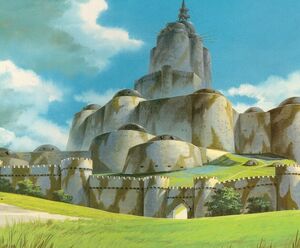 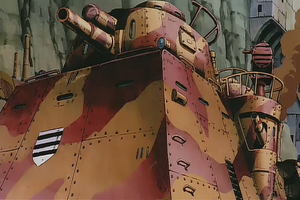 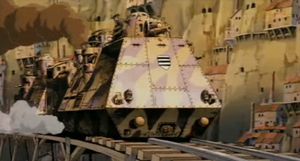 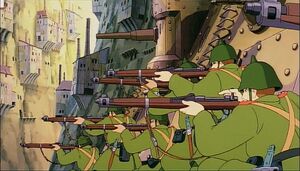 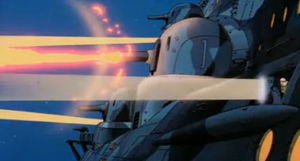 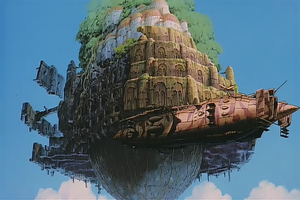 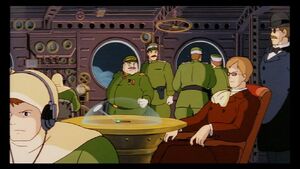