The Bandits are minor antagonists from the anime Hellsing OVA Ultimate. They appear only in the OVA 7 of the anime on the illusion created by Zorin Blitz to mentally torture Seras Victoria.

The bandits were largely responsible for having destroyed the childhood of Seras. When the mother of Seras realized the house was being burglarized, the mother of Seras quickly hid Seras in the closet of their room. While Seras was hiding, Seras' family was killed in cold blood, both with a shot to the head.

When one of the robbers insults Seras' father because he was a cop was concluded that the assailants had any connection with the father of Seras to have reasons assassinate his family when Seras looked through the gap between the doors of the closet she saw his parents killed by gunfire, after Seras see a burglar trampling the corpse of their mother came out of her closet and grabbed a fork, pick up after sharp object she quickly ran up the robbers who was aiming the gun at the corpse of his mother's head and pierced with a fork in his eye, after the assailant standing on the floor in agony with the pain of having his eye pierced his accomplice shoots Seras making her fall on the ground motionless after the assailant had stuck his eye he said he would rape the corpse of the mother by Seras think that payment for killing the family of Seras was not enough, after he said that she tore the clothes from the corpse of the mother and raped the body. Seras saw the scene with her eyes agonized in suffering. 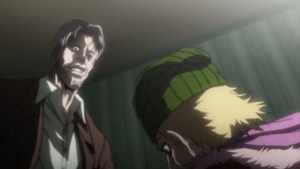 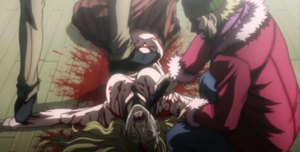 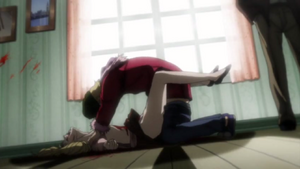 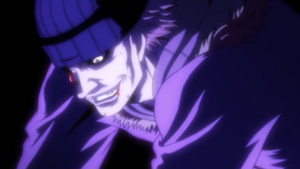 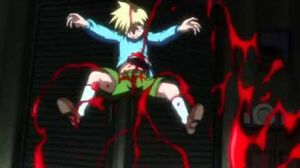