The Monster of the Unknown

Self-proclaimed owner of the woods

Force Greg and Wirt to succumb to hopelessness.
Become one with the Edelwood trees to keep his Dark Lantern lit (both failed).

The Beast is the main antagonist of the 2014 Cartoon Network miniseries Over the Garden Wall. He is the monster of the place known as The Unknown. His goal is to take the souls of the people who come to his woods, in this case, the brothers named Wirt and Greg.

He was voiced by Samuel Ramey.

The Beast's past and origin is unknown and uncertain, but it is most likely that he just appeared and tormented the inhabitants of The Unknown, and had the power to possess everyone there to accomplish his plans, this even included animals as he took control over Beatrice's dog in the first episode. Aside from all of the dangerous creatures and beings that already lived in The Unknown, The Beast was the most feared and dangerous. Most likely, The Beast was manifested from despair over history, thus he always tries to cause despair to people of The Unknown in order to maintain his sentience.

The Beast had bore an old lantern called the Dark Lantern, containing his soul in its flame. It is unknown when The Beast lost this lantern to The Woodsman, but The Beast has haunted the man ever since. He deceived The Woodsman into believing that his daughter's soul was sealed inside the lantern, and that she would keep on living as long as the flame was lit. It is assumed that The Beast stole the soul of Anna. The lantern is kept lit by the oil from Edelwood, a type of tree that forms when The Beast captures the souls of children led astray. For many years The Woodsman has chopped the wood and collected the oil from it, not knowing of how the trees were created. In the present, when Wirt and Greg came to The Unknown, The Beast knew that he found his next targets to turn into Edelwoods and maintain lit his lantern. The Woodsman along with other people from The Unknown seen throughout the episodes warned both Wirt and Greg about The Beast's presence in the forest.

In Songs of the Dark Lantern, The Tavern Keeper warns Wirt and Greg about The Woodsman being the true beast, during her song also reveals that The Beast is seeking for hopelessness children to turn them into Edelwoods so later they can be reduced to oil to keep lit his lantern. Then, The Beast makes his first physical appearance when The Woodsman recovers of being attacked by Wirt and Greg after they mistook him with The Beast. At this point, it's revealed that The Woodsman and The Beast fought for the lantern. The Beast asks Woodsman for where the two brothers went but he refuses to say in order to prevent The Beast harming Wirt and Greg, and The Beast retreats to the forest singing in a malicious way.

In The Ringing of the Bell, The Woodsman warns them again about The Beast but still believing him to be The Beast, the two brothers escaped from him, while The Beast appears hidden behind a tree telling to The Woodsman that they "need to talk".

In Babes in the Woods, while Greg wishes to return to home along with Wirt by the magic of The Queen of the Clouds, she says it's too late to save his brother because he is already the next victim of The Beast and she can't do anything to save him. Greg then wishes to be the victim of The Beast instead of Wirt and the wish is done. Greg is seen saying goodbye to Wirt while he was sleeping and follows The Beast who was behind him. Wirt wakes up and realizes what happened while The Beast is heard singing, Wirt tries to found Greg but he falls on a frozen lake in the process.

In the finale The Unknown, The Beast is first seen manipulating Greg and making him lose his hope. Later, while The Woodsman was finding oil to keep lit the lantern, he hears The Beast singing in the forest and goes just to find out where the Edelwoods came from. The Beast makes an attempt to take the lantern from The Woodsman while he was trying to free Greg from the Edelwood, but The Woodsman notices about this and The Beast keeps talking about Anna, which makes The Woodsman in the fit of rage, he attacks The Beast who just laughs at The Woodsman.

After Wirt and Beatrice came to where Greg was, The Beast finally overpowers The Woodsman, and then tries to persuade Wirt into becoming the new lantern bearer, promising him that Greg's soul will live on as the burning flame of the lantern.

Wirt rejects his offer, and casually notes that The Beast is so obsessed with the lantern as if it was his own soul captured inside it. This revelation causes the Beast to get desperate and he attempts to intimidate Wirt into submission by surrounding him in darkness.

But when he threatens to blow out the light, The Beast reverts and yells "Don't!", revealing Wirt's suspicions to be true. Wirt leaves the lantern to The Woodsman, who finally caught on to the deception. The Beast tries to manipulate him into killing the boys and get more oil, but The Woodsman opened the lantern and was getting ready to blow out the light despite the Beast's frantic pleas to not and he even tried to lie again by reminding him of his daughter's soul being in the lantern and how he'll never see her again if he does.

With a tear in his eye, The Woodsman blew it out anyway, ending The Beast for good. It is also later revealed that the Beast had indeed lied about Anna, as she appeared from The Woodsman' old house and finally reunited with him in the ending scene.

Throughout the series, The Beast is shown to be a shadowy figure with bright eyes whose color changes depending in how The Beast wants. He also has two large branch-like horns on his head.

When light is shined on him, it is shown that he is made of the spirits he had turned into Edelwood trees, showing as well their terrifying and depressing faces of hopelessness.

The Beast is shown to be a deceitful, mysterious and manipulative being in nature. He is solely motivated by his own self-preservation, and is indifferent to the pain and suffering caused by his actions. The Beast is very well-spoken and complaisant, so he speaks matter-of-factly, the traits that he uses to lull his victims into a false sense of security. To accomplish this he may also feign concern. He is a master of deception, knowing exactly what to say to get people under his power. He typically has an even temperament, but threatening the lantern or defying him for too long can cause him to lose some composure.

The Beast is also shown to have a tendency to sing. As such, he has a song for chopping the Edelwood and another song directed to his intended victims. 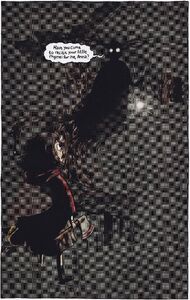 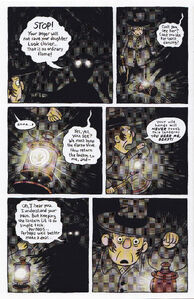 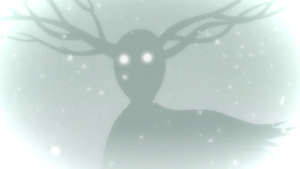 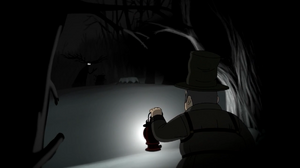 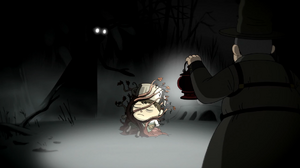 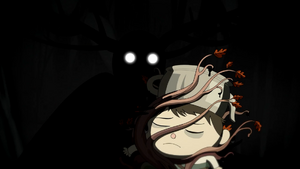 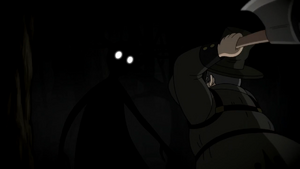 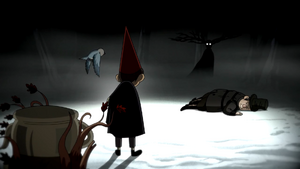 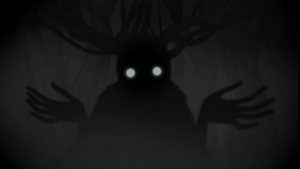 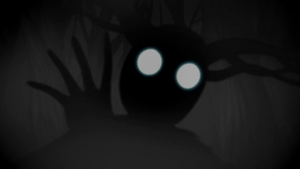 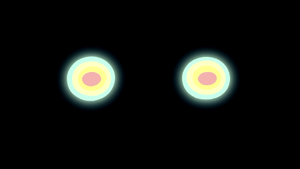 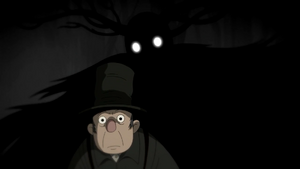 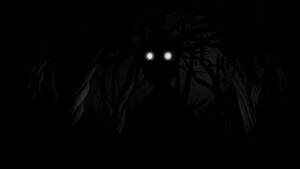 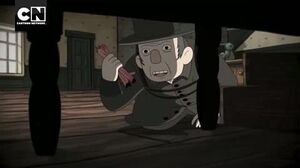 The Woodsman's Journey I Over The Garden Wall I Cartoon Network 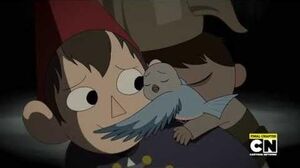 Retrieved from "https://villains.fandom.com/wiki/The_Beast_(Over_the_Garden_Wall)?oldid=4280368"
Community content is available under CC-BY-SA unless otherwise noted.