Recreate the world with his conduit army (failed).

John is a conduit, a subspecies of human capable of exhibiting powers after their gene is activated but the process kills any humans so their neuroelectric energy can fuel the conduit's powers, although John's powers are initially dormant. In an alternate future John became the "Beast", a conduit with immense power capable of transforming into a giant humanoid magma-monster seemingly intent on exterminating humanity and killing his only rival, Kessler. After John destroyed most of the world and killed Kessler's family, a vengeful and traumatized Kessler travelled back in time to rewrite history and prevent John's genocide.

In inFamous, John is an NSA agent who'd been tracking Kessler's schemes (unaware of his future role in causing them) but fails to prevent him activating the Ray Sphere, a device capable of activating conduits, leading to the quarantine. After securing the Ray Sphere, John goes into hiding and is hunted by Kessler and the game's other antagonists, Alden Tate and Moya Jones, who seek the Ray Sphere for their own agendas. John aligns with Cole MacGrath to successfully destroy the Ray Sphere, but is seemingly killed in the process.

In inFamous 2, John's subconscious was reborn as "The Beast" years ahead of schedule, but his true agenda was revealed: saving the conduits from the incurable plague that his rebirth released, as awakened conduits are immune, using the Ray Sphere powers he'd inherited to activate their powers, but requiring him to sacrifice humanity itself. This was hinted to have also been John's plan in Kessler's timeline, and Kessler, through commission of the Ray Field Inhibitor (designed to cure the plague by killing all conduits on Earth to empower it), allowed John to become the Beast to motivate Cole into killing all conduits on Earth to prevent humanity's extinction.

He was voiced by Phil LaMarr, who also voiced Count Veger in Jak 3, Vamp in the Metal Gear Solid series, Hector Con Carne in The Grim Adventures of Billy & Mandy, Mad Jack in Samurai Jack, Bull Sharkowski and Larry Raccoon in My Gym Partner's a Monkey, Ricochet in The Spectacular Spider-Man, Dormammu and Doctor Spectrum in the Marvel Animated Universe, Baxter Stockman in the 2012 Teenage Mutant Ninja Turtles series, Aquaman in the Injustice series, Rag Doll in The Flash, Goigoi in The Lion Guard, and many others.

Not much is known about background or history of the man that would became The Beast, John White, other than he's never been married and he has an extreme dislike for FBI agents before the event of inFamous. At some point in his life, he got a job as an undercover agent in the NSA, and was given the assignment of infiltrating the secret organization known as the First Sons along with agent Lucy Kuo, chosen due to their unique genetic code, possessing the Conduit gene. Kuo was stationed in New Marais while John was sent to Empire City. He also assigned to collect information on Kessler as well. He does his best, leaving dead drops for his handlers to find in the city.

John first met up with a woman named Jane, and was told that he was a low-level mentalist. He was instructed to meet at a secluded place, but upon arrival was ambushed. He infiltrated the First Sons after passing their initiation. Stationed at Empire City's chapter of the organization, John's primary task was to know what the First Sons have been doing that can be considered as a national threat. Able to get himself close enough to the leader of the group, Kessler, John was able to learn of the device called the Ray Sphere, and its capabilities of giving out powers to those who possessed the Conduit gene. John would later get promoted, able to know Kessler close enough, and was also given higher-tier missions, high enough for him to grasp the Ray Sphere. He would also be given simpler missions like escorting one of their scientists, Sasha, to an undisclosed location somewhere in the Warren. During his time, he'd relay the information to his associates at New Marais, informing them of his latest findings.

Through his findings, he was able to learn that the First Sons do possess materials that can label them as a national threat, with several experiments that involved Ray Field energy, which resulted in the deaths and abnormalities of subjects, both human and animal alike. He would also become enraged due to the lack of proper communications with their head branch at the NSA, making him lose confidence and trust for his employer. After some point, specifically on the day of the blast, John has learned that Kessler has scheduled a delivery for the Ray Sphere as a package, with Cole MacGrath as the specific courier. Learning his John immediately chases and triesto stop Cole from activating the Ray Sphere but unfortunately missed him because Cole ran through a red light. Moments later the Ray Sphere is activated destroying the Station Building and killing thousands much to John's horror. Following the explosion John recovered the Ray Sphere near an unconscious Cole but was forced to leave him behind to secure the Ray Sphere before the First Sons arrived to recover the Ray Sphere. Over the next few weeks John left dead-drops for his superiors and sent messages to Kuo and Wolfe in New Marias while he remained in hiding in the Warren District being hunted by both Kessler and Alden Tate.

In the first half of the game Cole is tasked by FBI agent Moya Jones to locate John, whom she claims is her husband, and the Ray Sphere in exchange for extraction from Empire City. Cole can also collect John's dead drops to learn everything he discovered about the First Sons. In the second half of the game after clearing through the Neon District and reaching the Warren District Cole finally makes contact with John but discovers Moya's deception and severs contact with her. Following this John becomes Cole's coordinator in his battle against the Alden Tate and the Dust Men. Once Alden's defeated John begins directly assisting Cole's battle against Kessler and remains his only ally after Zeke's betrayal and Trish's death. After battling the remaining First Sons the two locate the Ray Sphere and Cole chooses to destroy it but the explosion seemingly vaporizes John, much to Cole's regret.

The alternate timeline version of the Beast is also shown in Kessler's vision and was the motivation for him to travel back in time and prepare Cole for the threat Kessler himself failed to stop.

The Beast is one of the two main antagonists of inFamous 2. Revealing his identity is in fact John White himself, whom Cole helped out in the first game trying to destroy the Ray Sphere. Similar what Kessler told his present-self (Cole) about The Beast's identity as John, the source of the energy in the Ray Sphere took over John's body after he is sucked into a vortex of it. He literally pulls himself back together as Cole's boat is leaving for New Marais, and destroys Empire City. He then travels down the coast towards New Marais and reveals to Cole that he isn't commiting mass murder. He's activating Conduits in the cities he destroys, but killing all non-Conduits in the process.

In the canon (good) ending, The Beast is defeated when Cole uses the Ray Field Inhibitor, killing the Beast, himself and every other Conduit, saving the lives of those who affected by the Ray Field Plague caused by Ray Sphere.

Despite Cole's sacrifice not only Conduits were killed by the Ray Field Inhibitor and some Conduits were even awoken by the RFI's power. These Conduits were hunted down by the Department of Unified Protection and 7 years later nearly every Conduit was successfully captured. The only exception was Delsin Rowe, the game's main protagonist, who remained unaware of his own abilities until the events of the game. The Beast himself briefly appears in a flashback of Brooke Augustine, the game's main antagonist, a former soldier who'd fought against the Beast in it's rampage during the events of inFamous 2 . When John destroyed the city she'd been stationed in her conduit powers, along with Celia Penderghast's, were awakened and they were among the Conduits who survived Cole's sacrifice. John's actions partially fueled Augustine's creation of the DUP which was her desperate attempt to spare the Conduits from the military's retribution but they were living like slaves with freedoms or rights of their own and were subjected to ruthless experiments. However Delsin managed to defeat Augustine, dismantle the DUP and free the Conduits starting off an age of coexistence between Conduits and Humans called the Second Age and finally ending the fallout of John and Kessler's actions.

Additionally, many motives and characteristics of the Beast seem to conflict each other between timelines. In Kessler's timeline the Beast's motives appeared to be the extinction of all life on Earth with no mention of the plague. In Cole's timeline the Beast's motives are to save the conduits from the plague he believes humanity cannot stop but was highly remorseful of the deaths he caused.

However, the possibility that John White and the Beast in Kessler's timeline was one in the same was likely with the latter's tampering on the past changed both his motives and when he appears, as hinted by dead drops that Cole later found in infamous 2. As with many time travel narratives, there is simply no way to be certain. 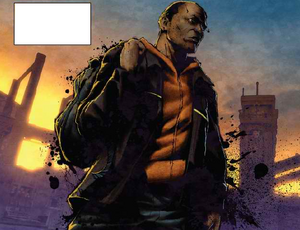 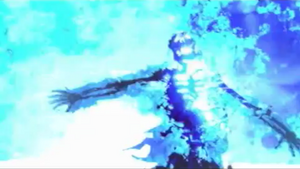 John being reduced to ashes upon the destruction of the Ray Sphere. 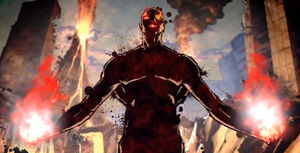 The Beast in Cole's vision, from Kessler's timeline. 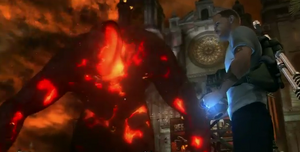 The Beast's defeat, moments before Cole uses the RFI.