The Beast With Nothing Better to Do

After fighting through demons, mazes, lava, spikes, and other obstacles, Joe eventually reaches the end of the Labyrinth, where the Beast is waiting for him. The Beast threatens him, but Joe simply asks why the Beast is even trying to stop people from completing the Labyrinth and going back to Earth. The Beast admits that it is because he is simply bored and has nothing better to do.

The Beast and Joe then begin their battle. The Beast summons deadly missiles that fly at Joe, trying to blow him up. After Joe dodges them, the Beast then proceeds to use his hovering stone fists to aim and punch at Joe. If Joe jumps high enough at the right time, the fist will hit the spikes on the wall and damage itself, falling to the floor. Joe then takes this opportunity to use his shotgun to destroy the fist, to which the Beast will lash out.

The Beast will regain his composure, then repeat his attack with the missiles. If Joe dodges again, it will attack with its other fist in the same way as the first time, to which Joe can thwart it the same way. After destroying the second fist, the Beast will become livid and summon more missiles. If Joe dodges these last ones, the Beast will attack with its head, smashing and biting at Joe. Joe manages to knock the head out of the air by making it hit the spikes, like he did with the fists. Once the head is down, Joe can finish it off with his shotgun.

The Beast is bored, and really has nothing else to do but oppose the hero. It is cryptic and fierce, but also dimwitted. It attacks with only the same two tactics, both of which are easily dodged and/or exploited. It does get more angry and wrathful as it continues to be bested, but shows honor when it is defeated, giving its opponent what they seek and peacefully acknowledging their victory before dying.

The Beast appears as a giant floating golden stone humanoid head and fists. The fists appear like gauntlets, with three rings towards the ends. The head appears like that of a human male, but with pointed ears, short hair, and two rounded white horns protruding from the forehead. It also has red eyes and an elongated nose. 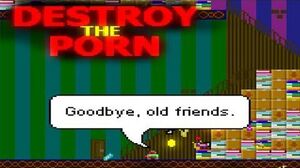 Retrieved from "https://villains.fandom.com/wiki/The_Beast_With_Nothing_Better_to_Do?oldid=3541379"
Community content is available under CC-BY-SA unless otherwise noted.