Devouring any and all unfortunate enough to fall into its domain.

Grow and expand right after landing on Earth.

Demonic Dark Form
The Black Mass is the overarching antagonist of the Samurai Jack series. It is a living, non-sapient mass made of evil that terrorized the universe for millennia. No mortal weapon can harm the Black Mass, as its power extends far beyond the mortal realm.

A fragment of the Black Mass crash-landed on Earth and eventually gained self-awareness, becoming the shapeshifting wizard Aku (the main antagonist of the series).

The Black Mass appeared in "Episode XXXVII: The Birth of Evil, Part 1" when it started to roam the universe. Before it could succeed in consuming the universe, three deities - Odin, Ra, and Rama - arrived to exterminate this great evil. After a fierce and belligerent battle, the three Gods finally defeated the Black Mass. Unfortunately, the Black Mass was not completely destroyed: a fragment of it drifted away from the battle unobserved and crashed into the Earth approximately 65 million years before the rise of Aku. The subsequent impact is believed to have triggered the K-T extinction period, more commonly known as the event which wiped out the dinosaurs.

As life on Earth began to evolve anew, many people and animals were destroyed by the Mass as it continually expanded, consuming everything in its path. When the Black Mass approached Imperial Japan, Samurai Jack's father (who was the Emperor) attempted to destroy the Black Mass with a poisoned arrow, which only resulted in the Black Mass becoming sapient and aware. The fragment of the Black Mass transformed into a large demon before taking on the name "Aku", which means "Evil" in Japanese. He then went on to raze the Emperor's palace and surrounding village. The Emperor was tortured by Aku until the three Gods noticed Aku. They freed the Emperor and made him an enchanted sword, which the Emperor used to banish Aku back into the Earth. As a precaution against Aku's possible return, the Emperor trained his son to wield the enchanted sword with unmatched skill and passed it to him. Aku would rose again later, and during his battle with the Emperor's son, he tore open a portal through time and flung the young prince - and the enchanted sword - into the far future. During that time, Aku eventually conquered the Earth and established an empire of oppressive tyranny that lasted thousands of years.

Eventually, in the series finale CI, Samurai Jack was able to travel back to the past to the moment right after Aku had sent him into the future (thanks to the help from Ashi, who was able to inherit Aku's powers as she is one of his daughters). With that in mind, Samurai Jack manages to kill Aku with his sword, destroying what's left of the Black Mass and freeing the universe from its tyrannical and despotic control for good. However, this came at a sad price as Ashi starts to fade from existence since she was created from the Black Mass, much to Jack's distraught.

The Black Mass is an extremely powerful and volatile force, even more so than its reincarnation Aku, given how it could only be subdued after the three primary gods of three different mythologies fought against it together. Even more worrisome is the fact that it demonstrates a capability to inflict harm upon the gods that it fought despite its defeat, specifically in how it nearly killed or corrupted Rama and Ra. 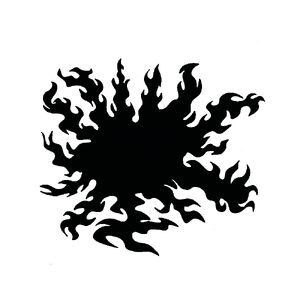 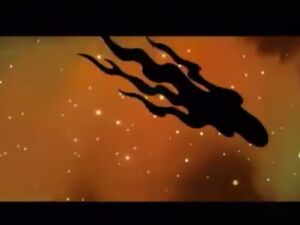 The Black Mass traveling the Universe. 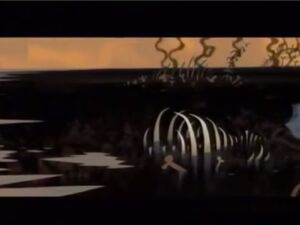 The Black Mass after reviving on earth. 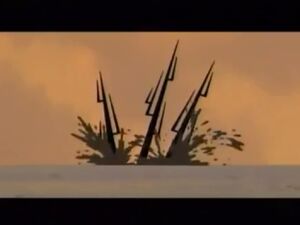 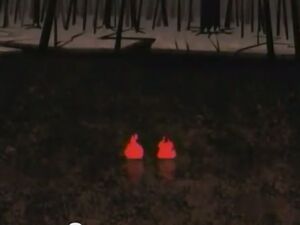 The creation of Aku.
Add a photo to this gallery

Retrieved from "https://villains.fandom.com/wiki/The_Black_Mass?oldid=4216468"
Community content is available under CC-BY-SA unless otherwise noted.