The Sniper
The Man with a Briefcase
The Man

Forcing dishonest people to publicly confess fully in which they have hurt their loved ones or others.

Manipulate Stu Shepard into turning into a better person and cause him to abandon his arrogance and his ego by forcing him to confess all of his wrongs (succeeded).

The Caller is the main antagonist of the 2002 thriller film Phone Booth. He is an unnamed vigilante, killer, and a skilled sniper who is intent on manipulating Stuart "Stu" Shepard into becoming a better person by playing mind games and to make him confess his wrongdoings.

He was portrayed by Kiefer Sutherland, who also played David in The Lost Boys, John "Ace" Merrill in Stand By Me, Senator Quintas Corvus in Pompeii, Freddie Lee Cobb in A Time To Kill, Bob Wolverton in Freeway, Bosco in Marmaduke, and Jonathan Kendrick in A Few Good Men.

Little is known about The Caller, not even his name. At one point, he claims to have been a Vietnam veteran, but says that he would have to be fifty in order for that to be the case. He also claims to have been a failed actor who does demeaning odd jobs just to get by, but then later says that was a lie also. He also claims to have had a "bad childhood", but then laughs and says that he was kidding, that he, in fact, had a very happy childhood. The Caller is a mysterious and elusive man who finds arrogant, corrupt or dishonest people and contacts them by phone, with the sole intention of making them tell the truth to the people they have wronged. One such person is a New York publicist named Stu Shepard (the protagonist of the film), who is seeing a woman named Pam behind his wife Kelly's back. After calling Pam at his usual phone booth on the street, the phone rings and Stu answers it. The Caller begins talking to Stu in a creepy manner, telling him not to exit the phone booth or else he will be shot with a sniper rifle. The Caller, already knowing Stu's name and all his details, calls Pam while Stu is listening in and tells her that Stu is not being honest with her. When she questions the stranger, he elaborates by telling her that Stu only ever calls her from a phone booth because his wife checks his mobile phone bills. The Caller then calls Kelly and informs her that Stu has something important to share with her, much to Stu's displeasure.

As Stu becomes increasingly uneasy, the Caller tells him that he had previously contacted other individuals who had been lying to others. One of these happened to be a pedophile and the other was a company insider who cashed out his stock options before the share price collapsed. The Caller had attempted to make them reveal the truth about themselves in a similar manner to Stu, but they both refused and were subsequently killed with the Caller's sniper rifle. Whilst talking, Stu is harassed by prostitutes who regularly use the phone booth. Knowing that he will die if he leaves the booth, Stu tells them to go away and makes them more and more frustrated. When their pimp, named Leon, asks Stu to leave the booth, Stu stubbornly refuses and Leon becomes aggressive. After smashing the booth's windows with a baseball bat and trying to drag Stu outside, the Caller tells Stu that it will count as a hang up. He then tells Stu that he can make Leon stop, then asks if Stu can hear him. When Stu says yes, the Caller thinks he is asking him to shoot Leon, which he does. Leon collapses dead and the prostitutes cry in panic, causing great alarm and making them believe Stu is the killer. The police arrive shortly afterwards and hold Stu at gunpoint, but begin to realize that Stu is either unable or simply unwilling to leave the booth. They ask Stu who he is speaking to on the phone, to which he replies his psychiatrist.

Stu discovers that the Caller had planted a gun inside the booth to make him appear as the killer, and very soon both Pam and Kelly arrive. The Caller tells Stu to confess to Kelly, which he agrees to, but is then threatened to choose one of the two women. Whichever one Stu chooses, the other will be killed. Eventually, Stu reveals the truth and says that his life is a lie, as he wanted to seem more important than he actually is. He then tells the Caller that he is being tracked and that the police are about to capture him, but the Caller replies that if he is caught then he will kill Kelly. An enraged Stu then leaves the booth with the planted gun in his hand and screams at the Caller to kill him instead and spare Pam and Kelly. Stu is then shot and collapses. Meanwhile, the police force track the Caller to a room which they ambush, finding a dead man inside.

Later, Stu awakens to find that it had been the police who shot him, not the Caller, and only with rubber bullets. Stu is then shown the corpse of the Caller, and Stu identifies the man as a pizza delivery man who had been sent earlier to deliver a pizza to him at the phone booth. As Stu receives medical treatment, a man with a briefcase appears, and he compliments Stu's Italian shoes with a voice that sounds all too similar. The man tells Stu that he regretted having to kill the pizza delivery man, claiming he felt "bad" about it; revealing that he is the actual Caller. He begins to tease Stu, telling him that, because he hung up, he didn't get a chance to say goodbye. As Stu looks on in astonishment, the Caller tells him that if his newfound honesty does not last, he will contact him again. The Caller then departs into the nearby crowd, and Stu is unable to call out due to the medication he has just been given. Stu falls unconscious seconds later. The Caller glances at the destroyed phone booth as he passes by.

A polite sociopath, the Caller values manners and honesty. Whilst his personality is far from that of a stereotypical gentleman he certainly shows a level of affability to his victims that is not typical of serial killers. However, the Caller is completely murderous in his convictions and shows no empathy to any of his victims caught in the crossfire (such as Leon and the pizza guy despite him sharing the Caller's polite attitude and casually offers to kill anyone who interferes with Stu). His polite facade often breaks in the face of people who annoy him such as captain Ramsey whom he forced Stu to ask if he masturbates after his wife left him and would've killed him had Stu not interfered. Despite the understandable goals of wanting to break people's arrogant exterior, the Caller takes a great deal of joy psychologically torturing Stu Shepard with the threat of death and forcing him to expose his character flaws in public view, often laughing over Stuart's fear of the situation.

The Caller is hinted at having a degree of a God complex. He claims he wants Stu to confess his "sins" or the fact that the reason he communicates with a phone is how most people would view God - an all-seeing, knowing and powerful voice. It's been hinted that he is the representation of a conscience albeit the aggressive, militant kind.

One of his most terrifying traits is how little is actually known of his background or identity - his remorseless attitude shows no signs of being abused or psychopathic (as he himself claims he had a "happy childhood') but he makes a statement that he is just like everyone else and this was fuel enough for his vigilante actions. The fact that he is an average man with nothing discernible or even known about his background leaves it imaginable that he was ignored or even abused by society or more specifically the disdain from arrogant men within it (such was Stu Shepard's attitude towards the pizza guy the Caller sent) was cause enough for him to snap and become a killer. It would explain his lifestyle only watching the lives of people who were self-important and uncaring to their fellow men encouraged his somewhat misanthropic attitude 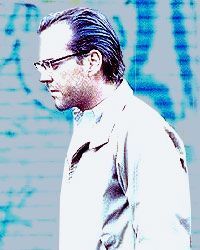 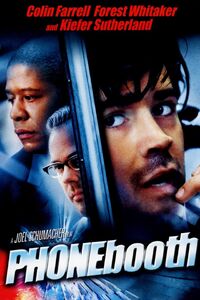 The Caller on the DVD cover

The Caller's rifle.
Add a photo to this gallery

Retrieved from "https://villains.fandom.com/wiki/The_Caller?oldid=4095635"
Community content is available under CC-BY-SA unless otherwise noted.