Villains Wiki
Register
Don't have an account?
Sign In
Advertisement
in: Mature, Fallen Heroes, Friend of a Hero,
and 23 more

Kate (last name assumed to be Milens or Hayes)

Kill Lauren and obey the Slender Man's commands (Unknown if she succeeded or failed).

The Chaser is the secondary antagonist of Slender: The Arrival. During the chapter "Into The Abyss" she serves as a brainwashed Proxy who relentlessly chases Lauren before pouncing on her and brutally beating them to death. At the end of the chapter "The Arrival" she is revealed to be the alter-ego of Kate, Lauren's best friend and to-be murderer.

Kate is the (albeit unseen) player controlled character in Slender: The Eight Pages. According to Slender: The Arrival Kate and her friend CR had a habit of going into the forest frequently as children, flashlight in hand (thus why the player starts with the flashlight in the beginning of the game). They would spook themselves on purpose for fun. According to one of the notes, at some point he got lost in the dark, hearing Kate screaming. He eventually got lost and wound up at Kate's house, where she was sitting in the living room. CR tried to get her attention, but failed to do so, and went home.

From Kate's perspective, she was chased around the forest by Slender Man as she found notes on various landmarks.

In Slender: The Arrival, Kate is attacked at her home by the Slender Man and attempts to lock the house before hiding in her room and jumping out the window.

When her friend Lauren visits the house she hears Kate scream and goes to Oakside Park to investigate her whereabouts.

When Lauren escapes Slender Man and reaches the Kullman Mines she discovers a brainwashed proxy called The Chaser (who is later revealed to be Kate), who hunts her down alongside Slender Man while Lauren activates six generators to power up the mine's only elevator. Lauren eventually powers the elevator and leaves Kate trapped in the mines.

After Lauren wakes up after being knocked out by Charlie Matheson Jr. (another Proxy). When Charlie disappears Lauren hears Kate's cries and finds her in the corner of the burnt down Matheson House. When Lauren get close, Kate suddenly turns into The Chaser and presumably beats Lauren to death. Although it is still unknown if Lauren is in a comma or deceased.

Kate, as well as her Chaser persona, are both slated to return as the primary antagonist of a titular spin-off. The game features a brand new, original storyline that centers on a newly-hired employee of the Kullman Mining Facility who is tasked with restoring the power inside the mine ahead of its grand reopening. 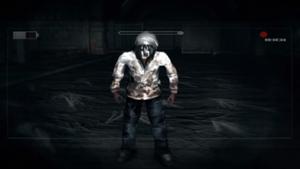 Kate before her wicked transformation. 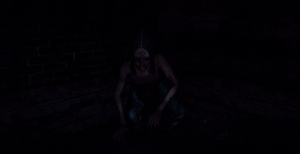 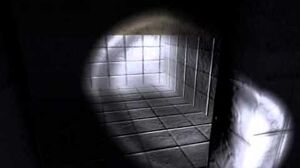 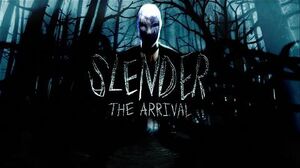 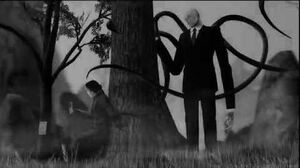