The Alliance For Global Unity

Force all aliens to leave Bajor

Xenophobes
The Alliance For Global Unity, more commonly called The Circle was a group of Bajoran extremists introduced in the Star Trek: Deep Space Nine episode The Circle.

The Circle sought to purge Bajoran society of alien influences and expel all non-Bajorans from their homeworld. The group existed as early as 2318 when they opposed the Cardassian presence on Bajor. The Circle was dismissed as a group of extremists at the time.

After the Cardassian Union withdrew from Bajor, a Provisional Government was formed that invited the United Federation of Planets to help them recover and for the Starfleet to administer Deep Space Nine after the station was abandoned by the Cardassians.

Many Bajorans were dissatisfied with the decision to bring the Federation in. More extremist members of Bajoran society felt that Bajor should be for Bajorans. Capitalizing on the political climate and xenophobia of many Bajorans, Minister Jaro Essa revived The Circle and began working to turn the populace against the Federation and the Provisional Government. Essa intended to use The Circle to make himself the absolute ruler of Bajor, and intended to force the election of Winn Adami as the Bajoran Kai.

Meanwhile, seeing an opportunity to force the Federation to leave the Bajoran system, elements of the Cardassian military began secretly supplying The Circle with weapons and other material. They worked through intermediaries to support The Circle, knowing that if the Cardassian connection was exposed support for The Circle would dry up.

Armed to the teeth, The Circle was able to briefly take control of the Bajoran Provisional Government, and ordered the Federation to leave the system. Commander Sisko and a small crew stayed behind to ensure that the evidence they discovered of The Circle's Cardassian support could be taken to the government. The group was willing to use torture and terrorism to achieve its goals.

Major Kira and Lieutenant Dax were able to make it to the capital, where they presented evidence of the Cardassian support of The Circle to the Council of Ministers. As expected support for The Circle rapidly fell away, and the Bajoran Militia General Krim Aldos returned control of DS9 to Starfleet.

Many members of The Circle were arrested following the revelation of Cardassian support of their attempted coup. Those who were not arrested went underground. Members such as Kejan Ulli infiltrated other Bajoran organizations, such as the Dessin-Ka. A year later they attempted an assassination of Commander Sisko and Major Kira, and also tried to sabotage the launch of the Bajoran built Federation starship USS Hannibal from the Bajorans Okona shipyard. The remnants of the Circle were unsuccessful in killing Sisko and Kira, and the Hannibal was successfully launched a short time later.

Following the coup the Bajoran government began a serious effort to reach out to extremist groups and invite them to send representatives to the government in the hopes of preventing any more coups. They also convened a board of inquiry to investigate those involved with The Circle. Called the Circle Commission, this board cleared Krim Aldos of criminal liability for his actions during the coup. Several years after a self imposed exile, his ex-wife Asarem Wadeem asked him to become Bajor's representative to the Federation council. Former minister Jaro did not fare as well, and spent time in prison for his attempted coup.

Elements of The Circle were still active in 2409, and continued to oppose the Federation presence on Bajor. 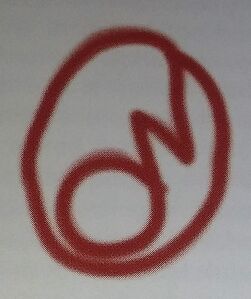 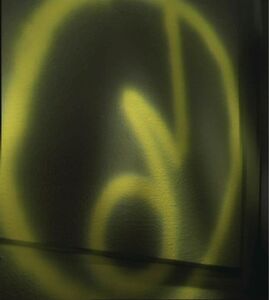