The Salesman
The Man

Smoking.
Training people to be assasins.

Brainwash Wallace into becoming one his assassins.
Continue to run the Wallenquist's organ harvesting and human trafficking ring (both failed).

The Colonel, also known as The Salesman and The Man, is a major antagonist in the Sin City comic series. He was an assassin before becoming an enforcer and training others to become an assassin.

He was portrayed by Josh Hartnett, who also portrayed Hugo Goulding in O, in the film.

He is a shadowy poetic freelance assassin who performs a lot of jobs for the ladies, the cops and the Mafia. He trains and co-ordinates assassins, and is one himself at some point. He runs an organ harvesting ring as well as other ventures in organized crime for mob boss Herr Wallenquist.

He attracts the ire of Wallace, a war hero and martial artist, by kidnapping a woman named Esther as part of his prostitution ring.

His operations are eventually shut down by the Basin City Police in a sting operation and he is captured and shot by Commissioner Liebowitz after mouthing off to him and threatening his son.

In the opening act, The Customer is Always Right, he steps out on to the balcony of a hotel to meet The Customer. As they talk, he offers her a cigarette, she continues to say that she is tired of running, and they kiss.  As they kiss, he shoots her in the stomach and says that he will cash her check in the morning. Some believe, because of their credits in the closing credits, that he was hired by The Customer to kill her.

In the ending, Becky begins to leave the hospital accompanied by a broken arm.  She boards the elevator, and there we see The Salesman, who offers her a cigarette. This may imply that he kills her in the end. 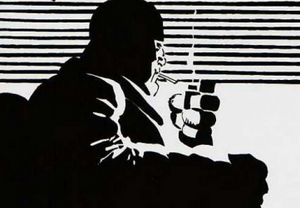 The Colonel with Delia. 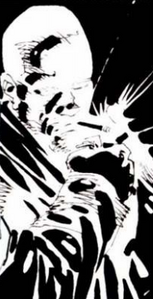 The Colonel in Wrong Track. 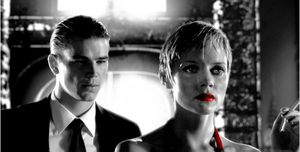 The Colonel with The Customer. 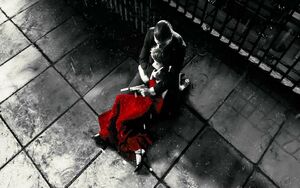 The Colonel with a dead Customer. 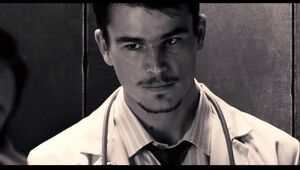 The Colonel disguising himself as a doctor. 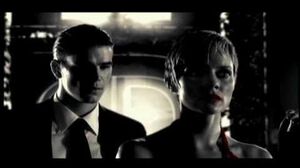 The Customer is Always Right 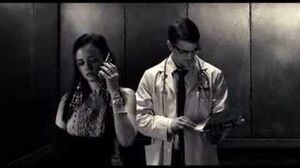 Becky and the Salesman