Assimilate all life in the Universe.

Harvest Earth of all it's resources and suppress the population of earth until humanity dies out (both ongoing).

The Combine, abbreviated as CMB, officially named the Universal Union and referred to by the Citadel as Our Benefactors, is the main antagonistic force of the Half Life series, first making their debut in Half-Life 2. They are an inter-dimensional alien empire ruled by bio-mechanical emotionless, cultureless, logical beings who enslave, assimilate and exploit all other sentient life for their own purposes, mostly for amoral scientific advancement.

They were drawn to Earth after detecting the Xen invasion from Half-Life, and then managed to conquer the planet within a mere seven hours.

The Combine rely on technology which allows them to transform other creatures into their mindless or otherwise brainwashed servants and modify their bodies to turn them into something different entirely. They are also notable for their method of using the technology of other races against them, often redesigning things such as weapons for greater efficiency.

Most of the Combine enemies Gordon Freeman fights are masked transhuman soldiers. These biologically modified Combine units are known as "Synths", and the sentient creatures that allegedly control the Combine Empire are the "Advisors", which resemble giant featureless slugs/worms but have powerful telekinetic abilities and a deadly tongue that can drill out and extract information from a person's brains.

Another notable Combine unit is the "Strider", an extremely dangerous tripod creature equipped with a powerful pulse cannon, warp cannon (which can completely disintegrate just about anything) and invulnerable to most weapons aside from heavy-hitting ordnance such as dark energy pellets, rockets and special Magnusson Device explosives.

The Combine empire spans multiple parallel universes, is inhabited by an unknown number of sentient species, and is possibly governed by a race of artificially evolved Advisors of the Combine Overworld. The Combine empire expands by invading worlds and exploiting their dominant species as it sees fit. By manipulating these species through methods including bioengineering and implantation, the Combine creates races of physically superior super-soldiers uniquely adapted for the particular environments of the conquered worlds. This process results in a highly mobile, aggressive, and adaptive military force which is able to respond to any threat and eliminate any opposition posed by a planet's inhabitants. The reasons behind the Combine's imperialism including their ultimate goal, remain unknown throughout the series.

When pronouncing the word "Combine", vocal stress is placed on the first syllable. The name is pronounced COM-bine, as in combine harvester, as opposed to the verb form com-BINE, as in "to join together or unite."[1] Dr. Breen refers to the Combine Soldiers as The Transhuman Arm of the Combine Overwatch (However, all human Overwatch units excluding Civil Protection fall under this designation as well) in Nova Prospekt, verifying that "Combine" is an accepted name of the empire, even by the empire itself.[2] 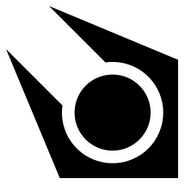