The Corrupted are one of the three antagonistic forces in inFAMOUS 2 (the other being Vermaak 88 and The Militia). They are incredibly aggressive insectoid monsters whom frequently terrorized New Marais for seemingly no apparent reason. Though they appeared to behave like instinctive creatures, it is later revealed that all of them are tamed and worked for Joseph Bertrand III.

After killed a large number of people with Ray Sphere explosion that he instigated himself and discovered that the blast revealed that his powers are ability to turned himself and other people into insectoid monsters, Bertrand began to despise himself and Conduits in general. So, he schemed to turned entire humanity against Conduits by create an army of Corrupted and Vermaak 88 as bio-weapons that would be shipped across the world to wealthy warlords who planned to use them as Forced Conduits on the battlefield. Soon nations would be fighting for control over the Conduits, kick-starting a new arms race in the process and making humanity hate Conduits for the chaos they cause and start a genocide. However, before Bertrand initiated his plan, he had the Corrupted and Vermaak loaded onto his cargo ships in the harbor, awaiting international shipment.

He started the scheme by kidnapped innocent people to turned them into Corrupted beast where they would be sent to rampage across New Marais both to hone their abilities and to turned whole New Marais citizens to despise Conduits before locked into cargo ships for later transport. At the same time, Cole and his friends arrived to New Marais where a pack of Corrupted released both to attack Cole and Militia Soldiers to revealed Conduits' existence in the city.

All Corrupted (except of Spikers that appeared to be offspring of Hive Lords), are used to be humans that mutated into insectoid monsters. 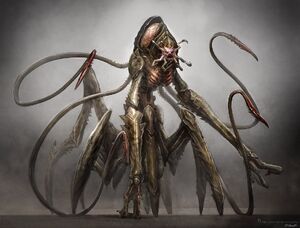 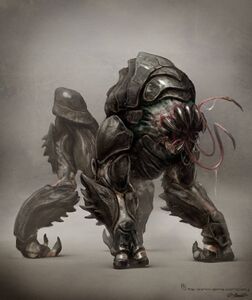 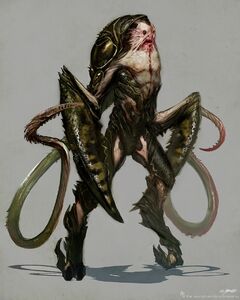 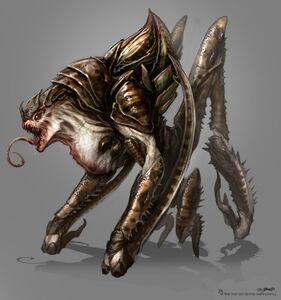 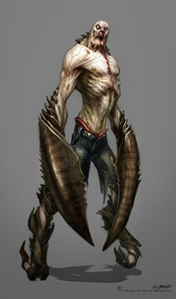 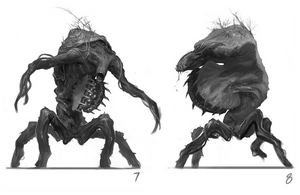 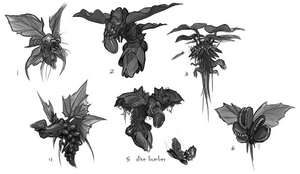