The Count is a boss and the minor antagonist in MediEvil 2. He is a master Vampire claming to be 1,000 years old. He also claims to have personally vanquished hundreds of would-be-heroes and sought to kill Dan for disturbing his rest.

The Count had the ability to create bolts of energy and explosive magic which he hurled at Dan only to have them deflect by mirrors - after a while, the magic weakened the Count and he took a secondary form which lacked the power of the original.

In his secondary form, the Count tried again to kill Dan, but was defeated for good when Dan used the mirrors to reflect sunlight onto the vampire, causing him to burst into flames before disappearing in a cloud of bats. 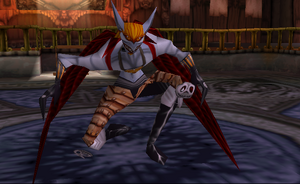 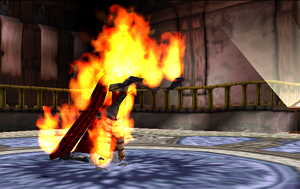 Retrieved from "https://villains.fandom.com/wiki/The_Count?oldid=4337796"
Community content is available under CC-BY-SA unless otherwise noted.