Hunting down and executing humans under pretext of heresy

Keep his daughter from discovering his secret.

Hunt down heretics and eat them in secret.
Kill Guts.

Monstrous Aristocrat
The Count is the main antagonist of The Black Swordsman Arc from Berserk.

He appears before Rickert while eating a member of the Band of the Hawk. Along with Rosine and her pseudoapostle bugs, he was responsible for killing a wounded group of the Band of the Falcon's raiders however before killing Rickert, the Skull Knight appears which causes the Count and the other apostles to retreat and arrive at the location of the Eclipse. Once the Eclipse goes under way with Griffith offering his group to them as sacrifices to transcend into the last of the God Hand, the Count was among the apostles that managed to take down Pippin. By the time Guts finds himself before the torn remains of his allies, the Count used Pippin's hollowed corpse to lure Guts close enough until he bisected Pippin's corpse and attempts to attack Guts. Luckily, Guts manages to evade the Count however being completely surrounded by a horde of apostles as they witness Griffith's rebirth as Femto.

When Guts came to the Count's town, the Count ordered Zondark to attack him. He even gave Zondark some of his Apostle powers via parasitism. Guts obtained the Count's Beherit, which he intended to use as a tool to find Femto, from Vargas when he reached the Count's town. Vargas was soon after caught and beheaded on the Count's orders to draw out the Black Swordsman, but Guts did not rescue him, knowing it was a trap. He instead attacked the Count's castle at night. After a series of battles, Guts mortally injured the Count. The Count's blood flowed onto the Behelit, and in answer to his desire to avoid death, the God Hand was summoned. The Count attempted to offer Guts as a sacrifice, but his request was denied due to the fact that Guts was already a sacrifice prior to the summoning, and because a sacrifice must be a friend or loved one. The God Hand demanded instead that he sacrifice his daughter, Theresia. He refused and his soul was dragged into the Abyss by a group of condemned souls that included Vargas. 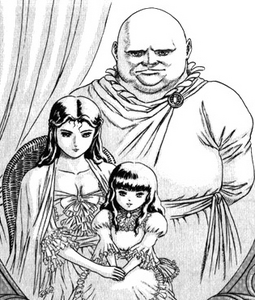 Count's family, when he still had his humanity. 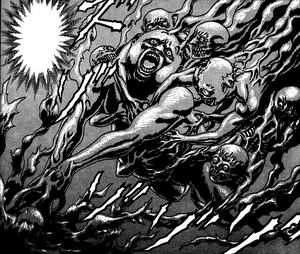 Count's soul is dragged into the abyss where he is condemned to wander for eternity. 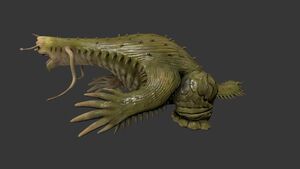 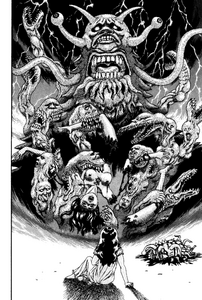 Count reborn as an apostle. 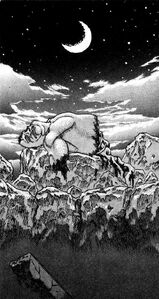 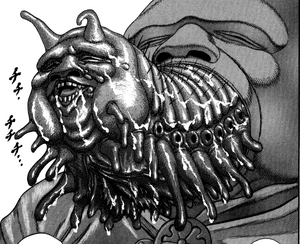 Slug avatar
Add a photo to this gallery

Retrieved from "https://villains.fandom.com/wiki/The_Count_(Berserk)?oldid=3968707"
Community content is available under CC-BY-SA unless otherwise noted.