Villains Wiki
Register
Don't have an account?
Sign In
Advertisement
in: Evil Creator, Evil from the Past, Transformers Villains,
and 29 more
English

Making weapons of mass destruction
Disguise as other species

Claim Optimus Prime as their soldier so they can rebuild Cybertron. (formerly)

Destroy Earth.
Destroy Unicron.
Take over the universe
Wipe out humanity
Kill Optimus Prime and the Autobots (all ongoing).

They are a group of extraterrestrials who are responsible for the creation of the Transformers (both Autobots and Decepticons).

The assassin and bounty hunter Lockdown reveals to Optimus Prime that all Transformers were not born, but they were built by a race of organic alien beings he refers to as the "Creators". Optimus is confused over this, since both Autobots and Decepticons always believed that they were created by the AllSpark cube having given life into them.

Due to the destruction that Lockdown caused while nearly bringing the entire human race to extinction using the Seed, Optimus knew it was too dangerous for him to remain on Earth because he was the sole reason why the Creators sent Lockdown.

After killing Lockdown and Harold Attinger, Optimus flew off into space to search for his Creators and force them to refrain from attacking Earth.

The Creators are proficient at engineering, as they created the inhabitants of Cybertron, who were not only capable of emotions, but were able to engineer their own war craft and personalities of their own. This means that the technology of the Creators is far beyond human and Cybertronian technology. They also engineered the Seed, a bomb that could turn anything into Transformium, the mineral that all Transformers are made of.

It is unknown if the Creators possess any powers or are just greatly technologically advanced. What is clear however is that they are in possession of various sources and materials such as the seeds, which they used to terraform all organic life and material into solid metal and the Transformium, which was used to create the Cybertronians themselves. 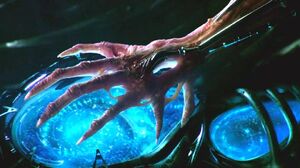 Screenshot of one of the Creator's arm

Creator's ships as they seek for transformium

Creators's ship harvests transformium from carnage they caused in the past. 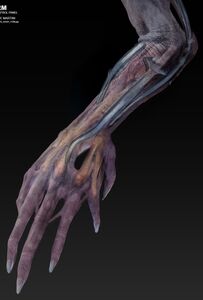 Another concept art of one of the Creator's arm.