Protect themselves against the sun.

The Cult is the titular antagonistic force of a 1996 audio sketch by Adam Sandler.

The Cult was founded by Russell, who believed in the sun hurting both humanity and their demonic deity known as The Beast.

A man who wanted to join the Cult offered his friend to be a part of it while playing basketball. The first man admitted to joining the cult for seeing a woman who attended the cult.

The second man killed his own father to finally join the cult during the three weeks.

The Cult has a high belief that the sun is the weapon that will destroy them and the Beast. The members prefer to operate at night, as a result. 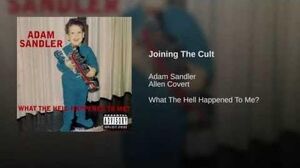