The Darkness is the overarching antagonist in the Skylanders game series prominently serving as the secondary antagonist of Spyro's Adventure and the main antagonist of Superchargers.

It is said to be the ultimate force behind all evil, portrayed as a large mass of ominous storm clouds. It is never effective on its own. The Darkness must channel itself through the weak, and in some cases, the weak minded.

The Darkness can destroy or corrupt anyone it touches into a minion to do its bidding, it also can grant dark powers to its followers. The more magic it consumes, the more powerful it becomes. Its dark power is said to beyond comprehension, it was stated to have shattered mountains and islands. It could also create objects out of thin air, as it was able to conjure a sword for Kaos, it also possesses a powerful form of telekinesis allowing it to interact with control panels around it or even render people immobile. It could also spawn Shadow Guardians and Shadow Chompies, as well as shoot lasers from its mouth, and cause spiky black vines to grow around it, and even create dark tentacles. Its rage was said to cause earthquakes, it could even create illusions, as it was able to project images of itself and the universe onto Kaos' mirrors. It is also immortal, the only thing that could finally destroy the Darkness is the Core of Light. When the Sky-Eater was blown up it was able to transform the remaining fragments of it into a robotic armor, also transforming into a humanoid form and gaining the ability to alter the interior of rifts at will, and creating laser shooting crystals. 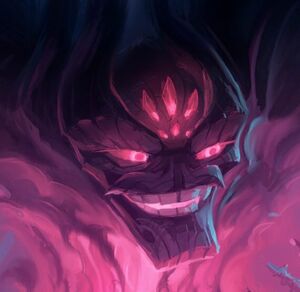 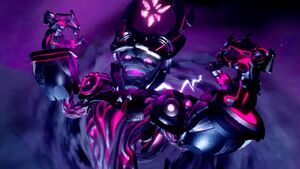 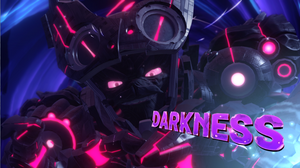 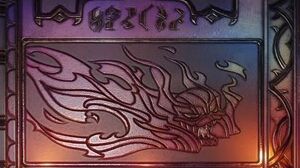 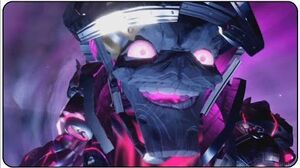 Retrieved from "https://villains.fandom.com/wiki/The_Darkness_(Skylanders)?oldid=3583980"
Community content is available under CC-BY-SA unless otherwise noted.