The Darkness (The Fairly OddParents)

Find Timmy Turner in order to have him redeem itself and to turn itself into The Kindness (succeeded).

Conquer the universe by engulfing more planets via its powers and the Eliminators (formerly; failed).

The Darkness is the central antagonist of the Fairly OddParents three-part episode "Wishology". It is an interdimensional ancient force of destruction who sought to engulf every single planet in the universe and desired Timmy Turner, the series protagonist to become his friend.

In the movie, the Darkness pursued the chosen one, Timmy Turner. In the past, fairy warriors kept it from Fairyworld, and so did other worlds prevented the Darkness from arriving, by blasting it with their weapons.

He had a legion of Eliminators that could be used to bring people into the Darkness. In the middle part, Timmy sacrifices himself to the Darkness, and is sucked in. He later awakens, only to reveal a copy of his world in the Darkness. After he escaped, it wanted Timmy back.

The Eliminator (who later became the Destructinator) rebelled, and was temporarily destroyed by it. The Eliminator then wanted to destroy the Darkness and Turner. Timmy later uses the three wands, and rearranges the planets, thus turning the Darkness into the Kindness.

It was later revealed that he went to that planet in search of a friend. 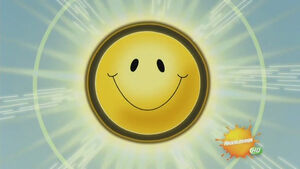 After becoming purified, The Darkness becomes The Kindness.