The Dawnbreaker is a villainous version of Batman from the DC Comics universe. He is a member of the Dark Knights, a group of vigilantes from the Dark Multiverse whose goal is to assist the deity Barbatos to plunge the central DC Multiverse into darkness.

On Earth -32, while walking through a back alleyway, Thomas and Martha Wayne were shot and killed by an unknown gunman in front of their son Bruce Wayne. As young Bruce mourned over the loss of his parents, a Green Lantern Ring appeared and chose him to become a member of the Green Lantern Corps. Bruce decided to use the ring's power to locate and kill the gunman who shot his parents, but the ring protested against this action and refused. However, Bruce's willpower and anguish overloaded the ring, which reprogrammed it to carry out the task.

Immediately afterward, Bruce tried to use the ring's powers to revive his parents, however, he only ended up turning them into horrifying zombies, further disturbing him. Bruce then began using his powers the fight crime with lethal force, but it did nothing to help the sorrow, anger, and emptiness he felt inside himself.

Eventually, after murdering Jim Gordon for questioning his methods, Bruce was confronted by the Green Lantern Corps who attempted to arrest him, but he slaughtered them all using nightmarish constructs that reflected the void he felt within him.

Afterward, Bruce further empowered his corrupted ring by entering the Green Lantern Power Battery, then rejected his identity to adopt a new one inspired by the cave of bats beneath Wayne Manor, Batman. Eventually Earth -32 began to break apart because of Bruce's ring, and The Batman Who Laughs appeared to offer the doomed world's Batman a place among the villainous Dark Knights as The Dawnbreaker, stating that Barbatos could give Bruce the one thing he wanted; his parents.

Dawnbreaker is a bearer of the Green Lantern Ring and has all of the powers associated with it. His willpower was so great and the dark void of his mind so corruptible the ring malfunctioned and not only makes constructs of will but seeps the dark void out of Dawnbreaker's mind choking light with complete darkness and making dark creatures to attack with. 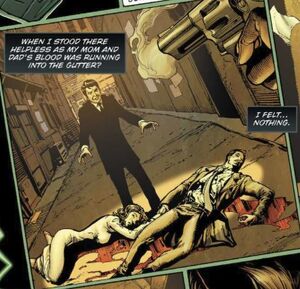 Before become a Green Lantern and dooming to the world. 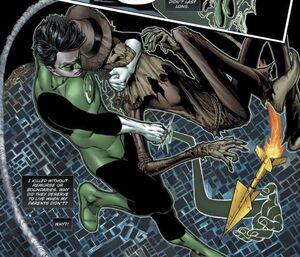 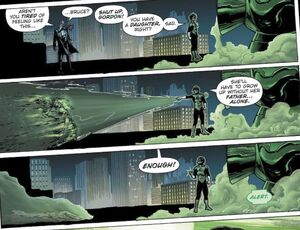 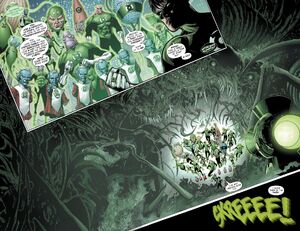 Bruce Wayne kills the Green Lantern Corps and Guardians of the Universe from Earth -32. 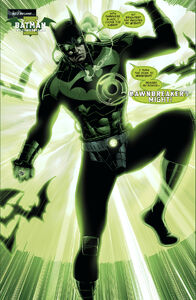 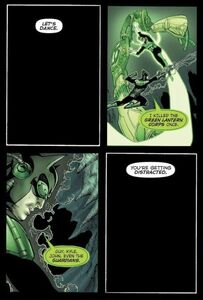 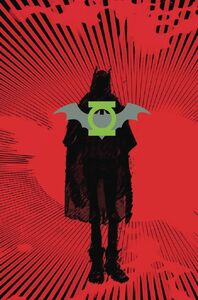 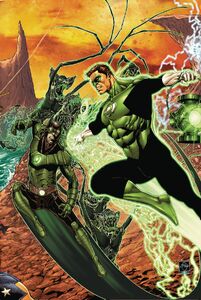 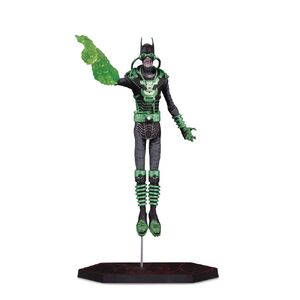 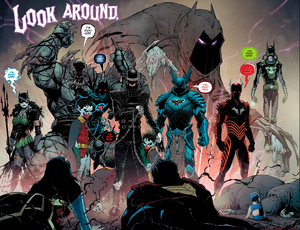 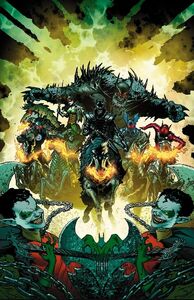 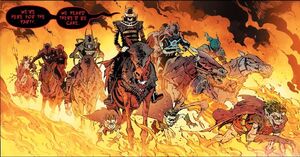 Retrieved from "https://villains.fandom.com/wiki/The_Dawnbreaker?oldid=4100099"
Community content is available under CC-BY-SA unless otherwise noted.