Deal mainly in money laundering and cybercrimes across Steelport.
Proficiency in both ranged and in melee combats.
Accessing to military firearms and hardwares.

The Deckers are an antagonistic gang in Saints Row: The Third.

The Deckers are a group of computer geniuses led by Matt Miller. They deal mainly in money laundering and cybercrimes across Steelport, and their gang color is neon blue. Like the Morningstar and the Luchadores, they are part of The Syndicate.

The gang is mostly made up of English characters wielding sub-machine guns and swords on their backs. The Deckers are similar to The Ronin from Saints Row 2, having been described as "...all motorcycles and swords".

With the exception of their specialists, the Deckers mainly employ males into their gang, all of whom are quite young (mid to late teens or twenties), and English in origin. All members dress in very much the same way, sporting dark clothing with neon-blue highlights. The Decker persona is of a Gothic, "Cyber-Punk" style as noted by their makeup and clothing. Wherever they go, members always carry on their backs large swords called Nocturnes.

The Decker specialist is a Gothic, young woman with an English accent. She dresses in the same cyber-punk style that the all of the Deckers adhere to, but also sports a mini-skirt, fish-net stockings, and a pair of roller blades with a neon trim. These specialists are armed with their signature weapon: the Shock Hammer, along with two D4TH Blossoms which they can effectively duel-wield. Similar to the Morningstar, Decker specialists often come in pairs, and arrive by riding along the rear of a Decker vehicle like a Solar or Kayak. In addition their formidable arsenal, they also have the ability to move at incredibly fast speeds, making them very difficult targets to hit. On the other hand, they are also the weakest specialists in the game; capable of taking only slightly more damage than normal enemies.

Because of their vulnerability, Decker specialists are much more susceptible to incendiary weapons like the fully-upgraded TEK Z-10 or Grave Digger, but there is a substantial downside to lighting them on fire; once ablaze, they will start racing around the area at a frantic pace, colliding with and setting fire to anything that crosses their path including any ill-prepared players. One of the best ways to deal with these specialists is to kill them before they deploy from the rear of the vehicle they're arriving in, either by destroying the vehicle or shooting them while they're still clinging to the vehicle. Another effective means of dealing with Decker specialists is to perform a running attack or hit them in the crotch whenever they get close, both of which will incapacitate them long enough for the player to whip out a weapon or beat the living daylights out of them before they start zipping around again. The only named specialist is Kirsten, a Decker surveillance expert who is listed as an Assassination target in the Saintsbook. 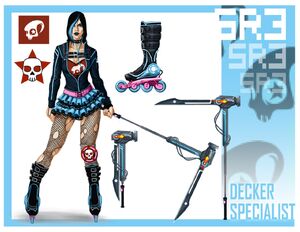 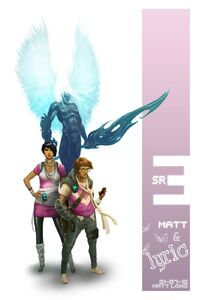 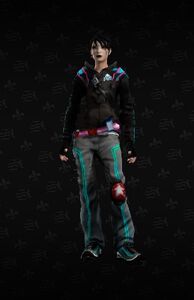 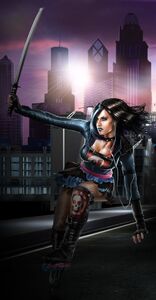 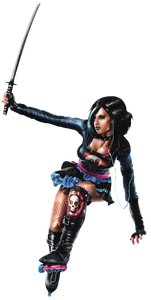 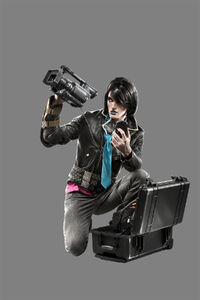 This article contains content derived from the "Deckers" article on the Saints Row Wiki, licensed under CC-BY-SA.