The Decreator is a supernatural cosmic entity that formed a fanatical group based around it known as the Cult of the Unwritten Book and it is a powerful supervillain from DC comics, appearing in the Doom Patrol series. It is described as the "Shadow of God", thus it may be an aspect of the similar entity known as the Great Evil Beast (though this has never been confirmed either way).

The Decreator went by a number of names, such as the Antigod, the Unmaker, the Eye of Horus to the Egyptians, and the Eye of Shiva to the Hindus of India. It is the equal, opposite, and shadow of God created when God uttered "Let there be light!", making it the first shadow and the first instance of darkness in the world. It initially appeared as a giant, bloodshot eye in the sky. When it appears, it makes the sky around it break into pieces and the stars surrounding it blink out. It starts decreating slowly, first words, then books, then shelves, then libraries, etc. It was believed to be unstoppable and it possibly is, but it is possible to slow it down long enough for no one to notice what was going on. An entity of powers born out of the true, ultimate darkness, was born at the very same moment, and it came to be known as the "Great Evil Beast" or the "Ultimate Darkness".

The Cult of the Unwritten Book believe that when God created the Earth he said 'Let there be Light!' and those words cast a shadow which became the Decreator—an entity of pure annihilation unable to be reasoned with or even stopped. However, when the entity managed to manifest in the mortal plane with the aid of said cult, the members of Doom Patrol succeeded in slowing him down to such point that no one would notice the slow disappearance of the universe by using similar vibrations equal to his powers.

As the "Shadow of God", the Decreator has no personality, no morals, and holds no ties to good or evil, simply decreating things not out of hate or pleasure, but because it is in its nature.

A being of immense power, it is capable of so much more than our little human minds can comprehend. Anything that's ever been spoken of or once thought of as impossible or anything that has not yet been spoken... it can do. The Decreator is thought of as the most powerful and the leader amongst all of the Anti-Gods and often thought of as being the one true and only being who can rival that of the one True God's truly limitless powers.

A long time ago... The One True Creator, the one supposedly above all, the bringer of all good and holy things, God... and the Decreator, the opposite of all things good, holy, and just, the bringer of destruction, Anti-God, were said to have once been old friends. A friendship existing in a seemingly infinite or limitless amount of time before all of that which was once created and soon to come to an end, the multiverse or even Existence itself. 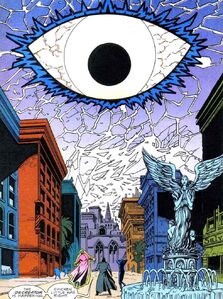 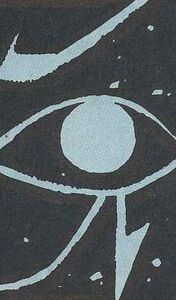 The "Shadow of God" (The Decreator) is also known as the "Eye of Horus" to the Egyptians, and the "Eye of Shiva" to the Hindus. 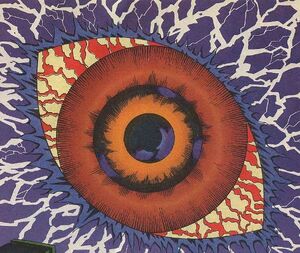 The Ultimate Darkness, also known as The Decreator. 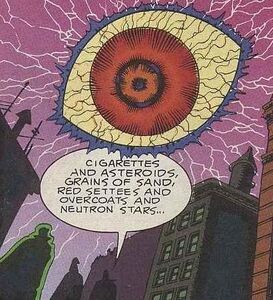 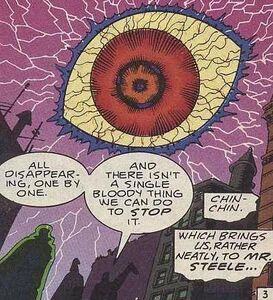 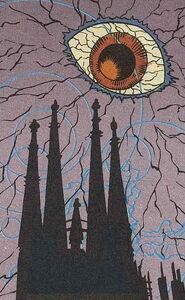