The Deep (The Boys)

King of the Seas
Lord of the Seven Seas

The Deep is a supporting antagonist in the 2006 controversial comic book series The Boys. He is a member of The Seven, and a Supe with aquatic abilities.

The Deep is a lesser member of the Seven and he's marketed by Vought-American as the "King of the Seas" and claims he cannot remove his helmet due to an Atlantean curse. The Deep is actually a man in a diving suit. His powers include super-strength, flight, durability and aquatic abilities. The Deep is the most mature, civilized member of the team and often bears the brunt of other characters' contempt, disregard, and racism.

He does not seem to have any of the murderous tendencies of his counterparts, nor is he particularly sexually deviant, and is usually only concerned with the amount of money he makes, in fact he's concerned to why Homelander, Queen Maeve and Black Noir have a bigger remuneration than the rest of the team.

Occasionally finding himself in embarrassing happenstance that steal his metaphorical thunder, such as arriving at The Boys Flatiron HQ to confront them and Butcher slamming the door in his face after telling him to leave.

Despite him being one of the more mature members of The Seven, he is not above lowering himself—as he, along with A-Train, Jack From Jupiter and Black Noir were intending to sexually assault Starlight.

During the Herogasm event he followed his teammates and other supers to spend a weekend at an island resort, enjoying parties made of alchohol, sex and drugs.

He is the only remaining "lab grown" (original) member of the Seven after the events in Washington after he declined to take part in Homelander's attempted coup d'etat against the U.S. government.

He is the only surviving member along with Starlight. At the end of the comic, he joins a new superhero group called True, wearing a new costume, which includes a large, cone-shaped hood resembling a Klan hood still incorporates his helmet's porthole. 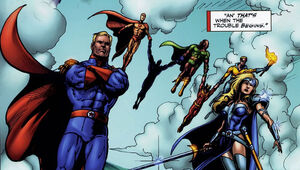 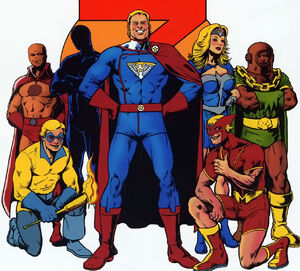 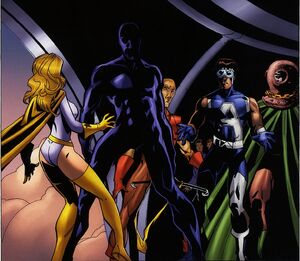 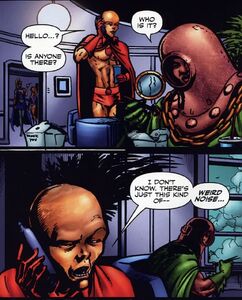 The Deep with Jack from Jupiter.

The Deep at The Boys Wiki