The Deep One
Lobster MKIV

(as The Deep One)

To frighten people away from their pearl smuggling operation (failed).

Fearmongering Smugglers
The Deep One was a giant mechanical lobster and the main antagonist of the third chapter in the 2009 video game Scooby-Doo: First Frights. After Mystery Inc. defeats it, it turns out to be a submarine piloted by Willy the Whaler and Seth Angler.

The Deep One first appears in Rocky Bay alongside the ghostly cruise ship. It showcases its super strength by punching through a boat and casually pushing other boats out of the way causing them to go flying at the docks.

While investigating the ghostly cruise ship, The Deep One burrows up through the floor behind Shaggy and Scooby initiating the chase. Shaggy and Scooby will have to jump over various objects, avoid crabs, avoid holes, and avoid the monster's claws. When the chase concludes, they will jump over a railing and onto another part of the ship, with the monster's claw making one last attempt to grab them.

At the heart of the ghostly cruise ship, The Deep One will attack the gang by smashing whatever crate they are standing on with its claws. The goal is to destroy its claws by hitting the weak points with projectiles. Simply bait the creature into smashing a crate, then jump to the crate that's facing the weak point, and fire away. Continue until both of its claws are gone.

With no claws, The Deep One will suck up water from the ocean and use it like a hose. Avoid the water until it reveals the weak point on its abdomen and hit it with projectiles. Once it's done, it will go crazy and knock the metal barriers off of the boilers.

For the final phase, it will summon crabs and start pulling crates under the water with its back legs. Jump across the crates and target the boilers. Once you've destroyed and knocked both boilers into the water, the water will make the creature overheat.

Upon overheating, Willy and Seth will come out of the sub for air. With the help of Cap'n Blue Beard, the gang apprehend the two. The gang then explains that Willy and Seth teamed up to find Willy's sunken ship, and accidentally discovered a goldmine of pearls. They began smuggling the pearls to the surface, and used a lobster-shaped sub and a glowing ghostly cruise ship to transport them and scare people away from uncovering their operation. After being apprehended, according to Blue Beard, they are thrown in the brig.

Scooby Doo and the Spooky Swamp

Willy and Seth Angler make an extremely hard to miss cameo in Scooby Doo and the Spooky Swamp as wanted posters in the Jail of El Muncho, confirming that they had escaped custody sometime after the events of the first game. 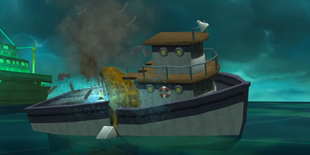 The Deep One destroying a boat. 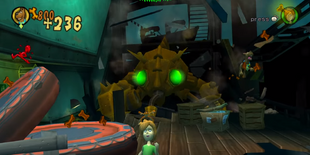 The Deep One chasing Shaggy and Scooby. 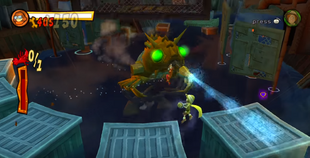 The Deep One shooting water. 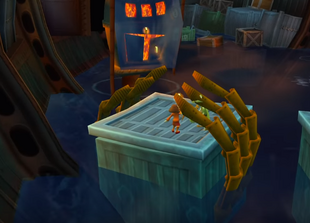 The Deep One pulling crates under water. 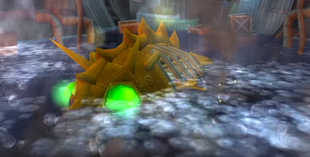 The Deep One defeated.

The Deep One suspects. 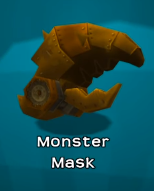 The Deep One trophy. The Deep One's claw next to all the other boss trophies. 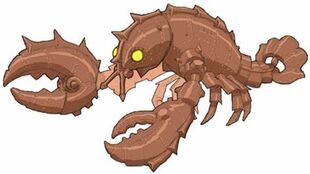 Concept art of The Deep One 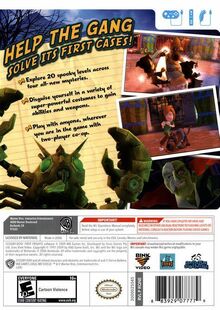 The Deep One on the back of the Wii box 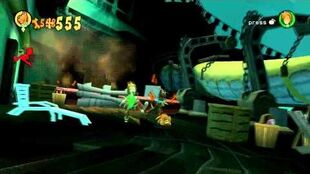 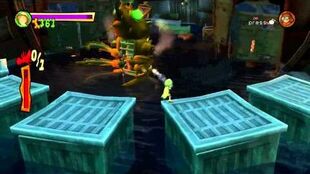