The Monster from Another Dimension

Corrupt everything to take over the world (both failed).

The Demon is the central antagonist of the 1983 animated musical film Rock and Rule. Mok Swagger wanted to summon it so it could destroy his fans and grant him immortality.

The Demon is a monster who was imprisoned in another dimension, and Mok sought to free it to give him immortality. Mok attempted to unleash the Demon in Carnage Hall, with disastrous consequences as it results in Carnage Hall being destroyed (said to be caused by the Demon itself in the MGM cut)

It was only when Mok realized that he needed an overload of power that he managed to create a gate to the Demon's dimension of hell.

The Demon came out of the gate in a burst of nuclear orange energy and tried to devour Angel, the victim Mok had chosen. However, Omar and the rest of his band appeared.

Together, Omar and Angel fought the Demon, eventually driving it back with their singing. However, Mok was terrified and attempted to thwart their efforts, realizing that the computer's prophecy about "no one" meant that more than one being was needed to stop the Demon. Toad (the brother of Zip who sacrificed himself to save Omar and Angel), one of his henchmen, threw him into the portal in revenge for his brothers death, leaving him locked up in the other dimension with the demon.

Little is known of the Demon's personality or even its real name. However, it was awesome, as shown by how both Omar's band and Mok's henchmen react upon seeing the creature released. It seemed to be able to grant wishes - thus probably making it a type of Djinn - or perhaps even another wish-granting demon. It could only vocalize in growls, grunts and screams, and this might have been due to it being released, it had yet to regain full power. However, it could consume living matter, and sought destruction. Mok was eager to meet the Demon yet he was, ironically, totally ignored by the beast, who sought to seek vengeance on its imprisonment and consume as much as it could.

It is unknown what demon it is meant to be, yet, given the film's mention of Lot and the city of Sodom, it is probably meant to be Azazel, a fallen angel and collector of souls who is an agent of the Devil and who all fear. 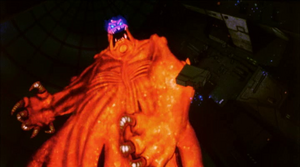 The demon arriving to the concert after being summoned by Mok. 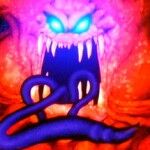 The demon with its tongue while attempting to devour. 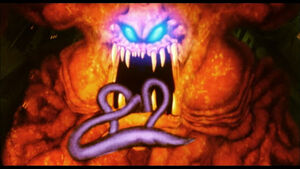 The demon about to eat several bystanders. 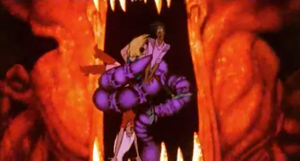 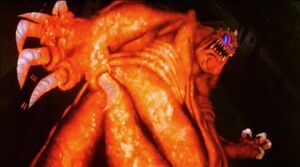 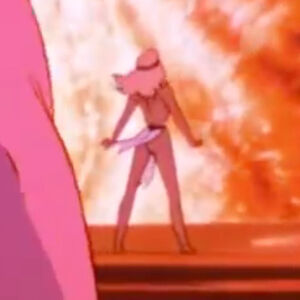 Angel facing the demon by singing. 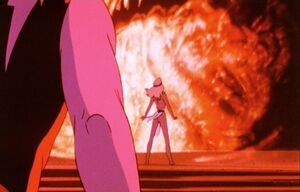 Angel scaring the demon away as Omar joins singing with her. 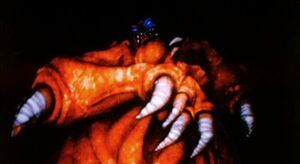 The demon terrified by the duo's singing. 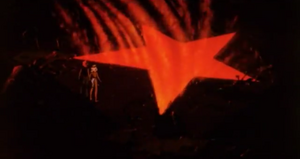 The Demon going back to its dimension after being repelled by Angel and Omar's singing. 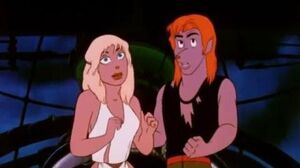