The Devil (The Mask)

The Mask: The Animated Series

Make The Mask his slave (both failed).

Tyrannical Demon
Lucifer, also known as The Devil, or "Bub", is an antagonist in the TV series The Mask: The Animated Series.

He was voiced by the late Jonathan Harris.

Boogie with the Man

After Stanley said he wished to be as lucky as The Mask, The Devil, disguised as a man named Bub, appears and made a deal with Stanley, he would give him the luck if he signs a contract. Afterward, Stanley gains prices twice and becomes the Bank vice president. However, Bub comes back and reveals that the contract Stanley signed was a deal in which in exchange for the luck, he must give up his soul. Stanley puts on the Mask and fights Bub, but loses and is sent to Hell. Soon after The Mask challenges Bub in a dance competition and wins, which discards the contract.

Bub is one of the many villains who participate in a group therapy session. He tries to make Pete sign a contract. When The Mask arrives, he creates a hole under Bub, which probably sent him back to Hell.

Bub is probably one of the (if not the) most powerful and dangerous villains in the series. He possesses vast demoniacal powers, such as teleporting, turn into mist, create fire, shoot beams with his staff, control weather, bring down the amount of destructive lightning, cause earthquakes, and especially send anyone into Hell. He also shows superhuman strength, speed, and durability, and he is obviously immortal. Bub is also very cunning and a skilled manipulator. He is finally a great dancer, though inferior to The Mask. 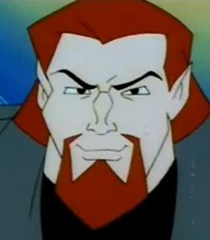 Bub in "Boogie with the Man". 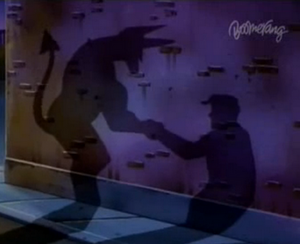 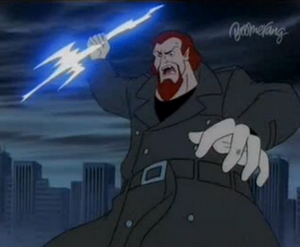 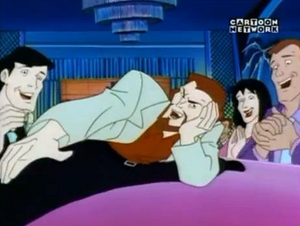 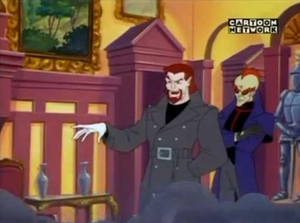 Bub in "Convention of Evil". 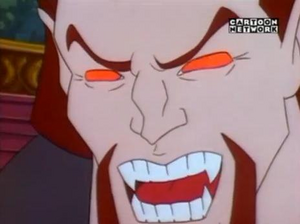 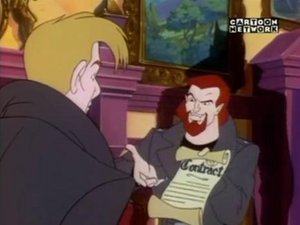 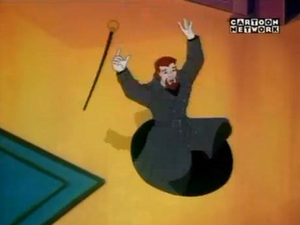 Bub being sent back to Hell.