Protector of the Ecumene

Escape from his imprisonment on Requiem (succeeded).

Retrieve the Composer and use it to corrupt all of humanity on Earth (failed).

Shadow-of-Sundered-Star, also more commonly known as the Ur-Didact or simply as the Didact, is the main antagonist of the 2012 video game Halo 4 and a mentioned antagonist in its 2015 sequel Halo 5: Guardians.

He is an ancient Forerunner warlord and the creator and master of the Prometheans, who intended on corrupting the entire human race as he viewed them as the greatest threat to the galaxy.

He was voiced by Keith Szarabajka, who also voiced Laserbeak in Transformers: Dark of the Moon, Mr. Freeze in Young Justice and El Mago in Dora the Explorer.

The Didact was once the supreme commander of the entire Forerunner military. He was a known military genius and was highly strategic and skilled in the art of war. He was unmatched in combat, and a sight to behold, standing over 11.4 feet tall. Like many Forerunners, he wore a Hyper advanced exosuit of armor. Early in his career, he gained the nickname Didact from his students while serving as a professor at a Forerunner Military Academy. The Didact was opposed to the creation of the Halo rings, as he saw them as a sin above everything else, that they stood against the very fabric of the Mantle (The Forerunners belief that all life is equally precious, and that if possible it must be preserved above everything else) this was the core to the Forerunner belief system, war, to the Forerunner was looked at as a last possible resort, being looked down on, and seen as shameful in a way, it was only to be done if all other options were exhausted.

The Didact was also the lover of the Librarian, the highest ranking of the Lifeworkers (A social class that specialized in all forms of life within the Forerunner), she was responsible for the preservation of all life before the Halo's were activated, she hid every species she could gather safely inside the Halo rings. Eventually, they were sent back to their worlds of origin to re-evolve and thrive. Before the Flood was a direct threat to the Forerunner many hundreds of thousands of years ago they were a threat to the Humans, and San Shyuum, this eventually took form of a losing war, and when the humans eventually started losing planets, they were forced to push their colonies back into Forerunner territory, eventually forcefully taking it. When all looked lost, the humans found a cure for the Flood and beat them back, but the cost was great, and before this the Forerunner had been forced to defend themselves against the humans forceful entering and taking their planets, the humans were now at war on two fronts, unbeknownst to the Forerunners at the time. Unfortunately, once the Forerunner war machine was started there was simply no stopping it, the humans and Forerunners war had a long and brutal war, it was the Didact who controlled the Forerunner military at this time, and it was he who defeated us. Once the Creation of the Halo rings started, the Didact was so opposed to them that he chose to exile himself rather than take part in their creation. He hid on Charum Hakkor (Ancient earth) inside his Cryptum hoping not to be found.

Afterward, the Humans and the San 'Shyuum would both be put onto separate planets, our ancient homeworlds, and devolved back to primitives by the Halo rings as punishment. About a thousand years afterward a young Manipular (A Forerunner builder class) by the name of Bornstellar Makes Eternal Lasting, and two humans found the Didacts Cryptum while looking for treasure, soon after re-awaking the Didact. Eventually, the Didact melded with Bornstellar, giving him his memories, knowledge, and many of his physical traits, eventually being re-embodied as a new form. He would become a second Didact.

The Didact was later captured and treacherously abandoned by the Master Builder in a Flood-infested system, where he encountered the Gravemind, the Flood's central intelligence. Though he survived, the Didact's sanity was severely shaken by this encounter, which he later described as more of a "malediction" than a "conversation". The Didact was subsequently returned to the Ecumene, where his privilges were restored, though command of the Forerunner military remained with the second Didact. Failing to decipher Flood immunity via other means—including an experimental procedure which left him disfigured—he acquired a Composer, a machine once designed to rid Forerunners of Flood infection via converting their essences to digital form, but abandoned long since due to several functional defects. The Didact first used the Composer on his loyal Prometheans, who willingly submitted to the process, but later used it forcibly on a large population of humans, blaming their species for the war. He then combined the composed essences with powerful war machines, known as "Promethean Knights", which were completely immune to Flood infection due to their inorganic nature. Shocked and horrified by her husband's increasing madness, the Librarian forcibly incapacitated the Didact and banished him to Requiem for his crimes. He was then sealed in a Cryptum, where he would remain in stasis for thousands of years.

In 2557, approximately 100,000 years after the Didact's imprisonment, he was accidentally released by John and Cortana. He then took control of the Storm Covenant forces in Requiem, as well as the Promethean Knights stationed there. After he escaped the planet with his combined Storm Covenant and Promethean forces, he recovered the Composer and started his attack on Earth. However, he was followed there by John and Cortana, and though the Spartan proved no match for the Didact in combat, Cortana chained the Forerunner to a bridge using hard light shackles. John then planted a grenade in the Didact's armor, which blew the ancient Forerunner off balance and sent him falling into a slipspace fissure underneath the Composer. Moments later, the Master Chief detonated a nuke which destroyed the composer and damaged the ship extensively enough to cause it to initiate an emergency slipspace jump.

Unknown to the Master Chief, the Didact survived his fall into the slipspace fissure. Hurtling through the portal along with a number of his Promethean constructs, the Didact crash-landed on Halo installation 03 where the Composer was originally kept. Upon regaining consciousness, he encountered the Spartans of Black Team, all of who he quickly and brutally slaughtered. He then made a bargain with the Halo's Monitor, 859 Static Carillon; Static would deliver him new Composers and give him control of the Halo ring, and in return, the Didact would cease his creation of Promethean Knights from composed humans, as Static considered the constructs "abominations".

However, 72 hours after their last encounter, the Didact finds his plan for revenge disrupted once again by John-117, who was this time aided by his old fireteam. The Didact confronts and attempts to kill the Spartans, summoning an army of newly created Prometheans to back him up. However, in doing so he violates his agreement with Static Carillon, leading the Monitor to turn on him and side with the Spartans. After a perilous and nearly fatal battle, the Didact is detained by the monitor in the Halo's Control room. John then enters and uses the Halo's Index to drop that segment of the ring onto the planet below before. John escapes with the help of the Monitor while the Didact is left to plummet to his doom. The impact of the ring somehow causes the remaining Composers to fire on the Didact, disintegrating his body but digitizing his mind, leaving him a powerful threat waiting to be unleashed. 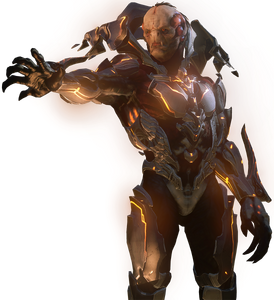 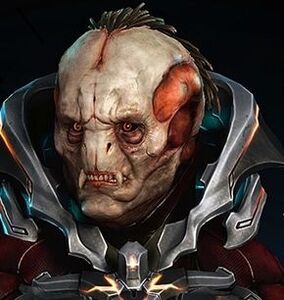 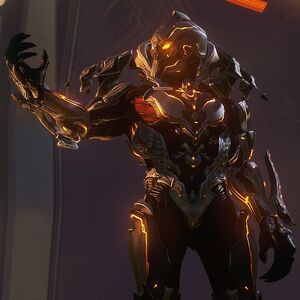 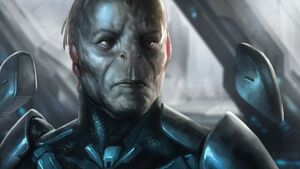 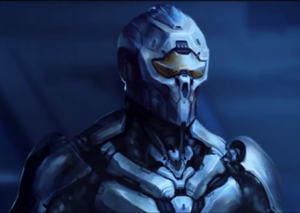 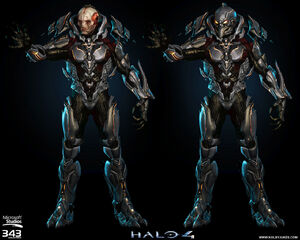 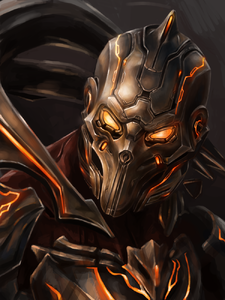 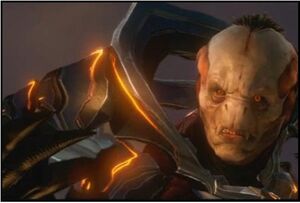