The Dog Alien
The Ox Alien

Puncturing prisoners' bodies with its mini-mouth

Spare Ellen Ripley's life until her eventual birth to The Queen.

Kill everyone else in Fury 161.

The Dragon (also known as The Beast, the Dog Alien or the Ox Alien) is a Runner-type Xenomorph and the main antagonist of the 1992 film Alien 3.

At the beginning of the film, when Ripley, Bishop, Hicks, and Newt are having the hypersleep within the USS Sulaco, a large Xenomorph Egg (which was presumably saved by the First Acheron Queen from among her eggs that Ripley incinerated back within her hive which she hid within the ship's ventilation shaft before her defeat at hands of Ripley) hatches and the facehugger inside (which is revealed as Royal Facehugger variant in another version of the movie) made its way into Ripley's hypersleep pod and impregnated her with embryo inside it.

As this happened, the Sulaco was intercepted by the USS Legato and illegally boarded by Weyland-Yutani PMCs with the intention of discovering more about the Xenomorphs and what exactly had happened during the ill-fated mission. The PMCs tried to capture Hicks, Stone, and Turk inside the hypersleep chamber. Instead, their resistance caused the stray gunfire from a PMC's M39 hit the Facehugger attached to Ripley, spilling the Facehugger's blood causing an electrical fire in the ship's hypersleep chamber and Turk was knocked into Hicks' open cryotube and sealed inside.

Due to the fire, the occupied cryotubes were jettisoned in a Type 337 EEV, which subsequently crash-landed on Fiorina "Fury" 161, killing both Newt and Turk, damaging Bishop further, and leaving Ripley as sole survivor. Although, when Ripley recovers on the planet and have the inmates whom saved her life inspect the corpses within other salvaged cryotube, Turk's corpse was damaged so badly that Ripley mistaking the dead body as Hicks, unaware that Hicks was still alive.

After releasing Ripley's face before the inmates on the planet found her unconscious body, Royal Facehugger then goes to find another host for the last remaining embryo inside it (original film showed that it used Spike the dog whilst assembly cut showed that it impregnated one of the ox in the prison instead). Afterward, it dies once it managed to implant the last embryo on the final host, resulting The Dragon's birth.

The Dragon hid in the prison's extensive ventilation network while it matured, during which time it was discovered by Murphy. Initially mistaking the Xenomorph for Spike, Murphy's investigations quickly led to his death; the Dragon blinded him by spitting acid into his face, causing him to tumble into a large ventilation fan and shredded alive.

Once fully grown, the Dragon killed two more inmates, Daniel Rains and Edward Boggs, in the tunnels beneath the prison; these deaths (along with Murphy's) were initially blamed on the disturbed inmate Walter Golic, who had witnessed the attack on Boggs and Rains, despite Ripley's insistence that a Xenomorph was responsible. Golic's experience with the Xenomorph caused him to develop an obsession with the creature, which he dubbed a "dragon". Even though Ripley attempted to confirm the prisoner's story, Andrews had Golic restrained in the infirmary, although he agreed to discuss Ripley's fears further in his office. However, after hearing what she had to say, Andrews treated her story of a Xenomorph being loose in the prison with contempt and confined her to the infirmary as well, before sending the distress signal to Weyland-Yutani.

While there, Clemens explained to her how he came to be on Fiorina 161, including the incident that resulted in his incarceration. Ripley declared that she still trusted him, but at that moment the Dragon attacked, having entered the infirmary through the overhead ventilation shafts, and killed Clemens with a Headbite. It then goes for Ripley and prepare to killed her. But then, it chooses to spare her for an unknown reason before fleeing with Clemens' body.

Andrews, who still not believing Ripley and Golic's story, promptly called the prisoners to a meeting in the mess hall and attempted to organize a search party for Boggs and Rains. As this meeting was being held, Ripley duly burst in and attempting to warn him again of the creature's presence. Still refusing to believe her, Andrews ordered Aaron to detain her and escort her back to the medical facility. At that moment the Dragon lunged down from an overheard air duct and lifted Andrews off of his feet, pulling him into the vent shaft. Judging by the amount of blood that rained from the vent immediately afterwards, Dragon killed Andrews by mutilating him.

This attack caused enough uproar for the wider population to become aware of the creature's presence. Without any kind of weaponry in the prison, Ripley and the inmates attempted to use quinitricetyline to create a fire and hopefully drive the Dragon into a disused nuclear waste tank where it could be contained. However, the creature intervened prematurely, causing a massive explosion and resulting in the deaths of several prisoners, while the Dragon itself escaped.

Ripley, curious as to why the Dragon spared her from its killing spree, has Aaron accompany her to the escape pod and used the medical equipment from the pod to scan her body. Much to her horror, it's revealed that the creature spared her because it noticed the infant Queen inside of her, with it now attempting to wipe out those who pose a threat to the gestating Queen.

Now desperate, the survivors elected to use themselves as bait to try and draw the Dragon into the mold at the industrial lead works adjacent to the prison, where they hoped to drown the Xenomorph in molten lead. The bait-and-chase style plan quickly degenerated into chaos as the creature picked off the remaining prisoners one-by-one. In the assembly cut version of the film, the plan to trap the Dragon actually succeeded when Junior used himself as live bait to draw the creature inside the waste tank. For several hours the Dragon was entombed, before Golic, delusional and believing he should assist the Xenomorph, released it. The creature killed him before fleeing back into the prison.

Ultimately all of the survivors bar Ripley and one of the prisoners, Robert Morse, were killed, although the Dragon was successfully trapped in the mold and the lead was poured. Remarkably, however, the creature survived the ordeal and it leapt from the mold, now covered in molten metal and intent on killing Ripley. The creature was angrier than ever, as it no longer cares for the Queen's safety. As it approached, however, Ripley activated the fire sprinklers overhead, and the resultant deluge of water caused the Dragon's exoskeleton to explode through thermal shock. 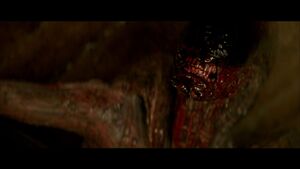 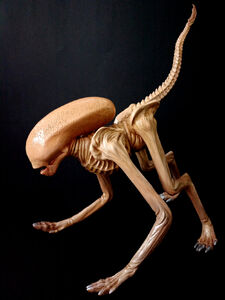 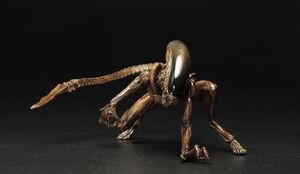 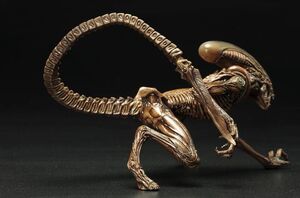 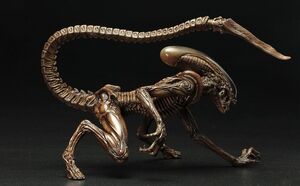 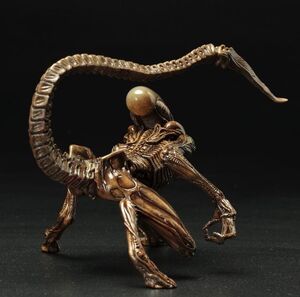 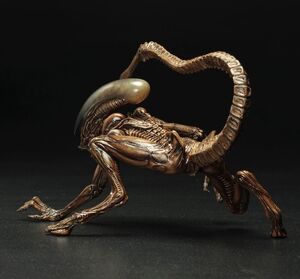 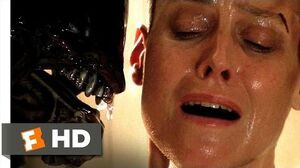 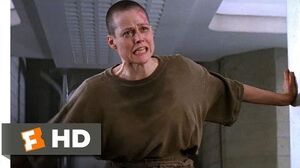 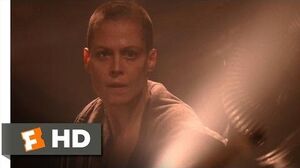 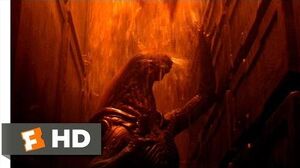 Retrieved from "https://villains.fandom.com/wiki/The_Dragon?oldid=3771930"
Community content is available under CC-BY-SA unless otherwise noted.