The Eclipse Corporation was a mercenary group operating in the Terminus Systems, alongside their rivals the Blue Suns and the Blood Pack. They are recurring enemies in Mass Effect 2.

Eclipse was founded by asari commando Jona Sedaris and operate almost exclusively in the Terminus Systems. In order to compete against the better established Blue Suns, the private security company took various government contracts in order to establish market share. The most notable achivement of Eclipse is the retaking of several space stations from the Anhur People's Liberation Army, which it's marketing department never ceases trumpeting.

Eclipse performs all manner of crimes, with a specialty in drug trafficking, including the biotic enhancer Red Sand. Eclipse activity on the planets Omega and Illium are especially strong, but in the end several of the cells were wiped out by Commander Shepard and their allies during their fight to stop the Collectors.

Eclipse membership consists exclusively of humans, asari and salarians; many of it's members are biotics. The group also makes extensive use of LOKI, FENRIS and YMIR mechs. The Eclipse mercs hired to guard Nassana Dantius on Illium also had a krogan among their ranks. 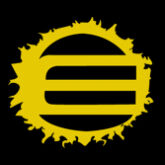 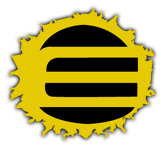