Sentient Voodoo Masks
The Elementals (in Chinese: 元素魂; meaning Elemental Souls) are a group of evil ancient masks who have the power to manipulate a particular element and cause chaos across the world. Their only appearance is in Crash Bandicoot: The Wrath of Cortex as four of the main antagonists. They may or may not be brothers. It is unknown if they are related to Aku Aku and Uka Uka in any way. Aku Aku claims that not even his evil brother might be able to keep them under control, but Py-Ro denies this and their partnership with Uka Uka and Cortex never breaks.

Crash Bandicoot: The Wrath Of CortexEdit

Like Aku Aku and Uka Uka, the Elementals were probably powerful witch doctors many years ago who put their spirits into magical masks when they died. Afterward, they had caused massive amounts of destruction to the world such as, according to Uka Uka, the Ice Age, earthquakes, and floods. They were then sealed away in a hibernation state by the Ancients. However, they were freed by Uka Uka to give a powerful abilities to Dr. Neo Cortex's creation, Crunch. As Uka Uka and Cortex requested, the Elementals proceeded to plunge the Earth in chaos and destruction, attacking several areas around the globe, such as cities and landscapes, but also other timelines (courtesy of Dr. N. Tropy). Cortex also invaded space by building multiple space stations to help Uka Uka and the Elementals to attack Earth and the universe. The masks were received the support of Cortex's minions and mutants, including N. Gin, N. Tropy, Tiny Tiger, Dingodile and the Lab Assistants. Each mask aided Crunch to kill Crash Bandicoot and each one failed. In the last confrontation, all 4 masks helped Crunch, but failed again. After Crash and Aku Aku defeated them, they were returned to their hibernation, much to Uka's anger. 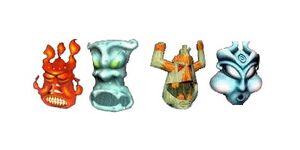 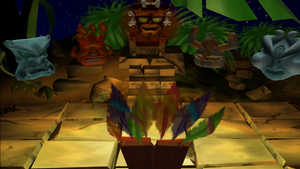 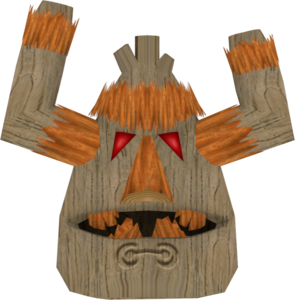 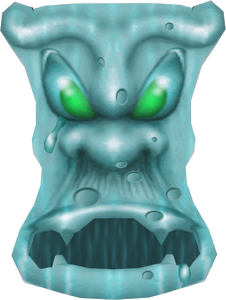 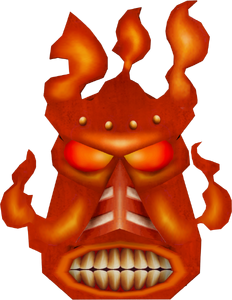 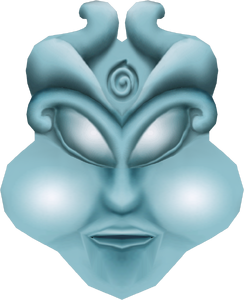 Lo-Lo, the Elemental of Air.
Add a photo to this gallery

Retrieved from "https://villains.fandom.com/wiki/The_Elementals?oldid=3552661"
Community content is available under CC-BY-SA unless otherwise noted.