Fighting prowess
Hacking
Memory wiping
Teleportation
The power to "infect" others, causing their body to gradually collapse into static

The mysterious unnamed Entity, referred to by some fans as The Interference, is a major antagonist of the horror webseries ECKVA, a spinoff of Marble Hornets. It is a strange humanoid creature and one of the possible identities of the Broadcaster.

Little to nothing is currently known about the entity's origins or larger goals. Some speculate that the entity may be the Broadcaster/+++++///11v%, but this is unknown and as of yet unconfirmed. It is known that the entity has a special connection to the ECKVA Network, and serves the organization by carrying out tasks.

The entity is first alluded to in "ECKVA5", where Hawkins picks up a broadcast of a distorted face shown near a window. The signal cuts off, and Hawkins goes to investigate. He goes to the abandoned house where he picks up the signals and finds that the cause is some faulty wiring. After he repairs the issue, he hears banging in the house and goes to investigate, but finds nothing.

Later, the signal is cut off again, and Hawkins returns to find a note telling him to access ECKVA's Database 452 and a Preaxin pill, possibly left there by the entity. Hawkins threw the pill away, but knew whoever broke into the house was connected to ECKVA. Accessing the database revealed a monitoring system, which Hawkins was unable to investigate further.

Hawkins decided to return to the abandoned house one more time to install a security system. However, upon entering, the front door falls off its hinges and all of the equipment is gone, with only a keyboard remaining. Hawkins hears some banging and goes to investigate, and is suddenly attacked by the entity and defeated.

ECKVA continues its broadcast signals, with darker episodes of Alis Pastry, corrupted promotional material for the station, and strange footage of the abandoned house seemingly showing the entity. They then broadcast a first-person video capture from Hawkins, stumbling in the woods around the abandoned house in an intoxicated state, coughing up blood before collapsing.

Hawkins wakes up back in the house, with a radio repeating the phrase "You are the last.". Hawkins has images of the entity flash in his mind as well as on the video recording, but cannot remember what happened. The entity seemingly "infected" Hawkins with something, as a spot of what appears to be static appears on Hawkins' arm and begins to spread.

The entity appears to be a humanoid shape missing arms, enveloped by multicolored static with the exception of glowing eyes. It appears to have a permanent, distorted toothy smile at all times, and might have short hair on the top of its head. In some shots, it appears to be wearing some sort of black garments.

The Entity seems to have several supernatural abilities up his sleeve; these vary from basic powers like teleportation and electronic disruption to the power to induce amensia on his victims and wipe their memories.

The Entity's deadliest power was shown in ECKVA16, where he was able to infect Hawkins with an unknown condition that creates a hole in his arm that slowly turns to static and spreads across his body. 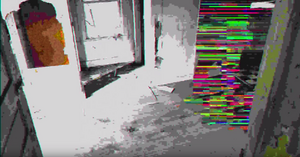 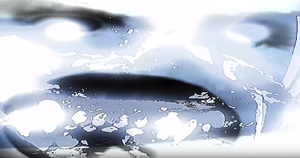 The entity's face enveloping the screen as it attacks Hawkins. 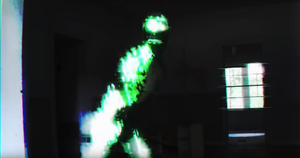 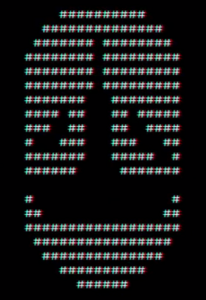 The face-like text art that appears in the ECKVA database, possibly resembling the entity. 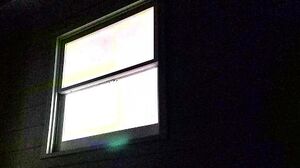 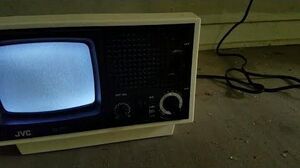 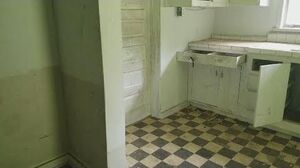