The Eviscerator is a supporting antagonist in the video game Ratchet Deadlocked.

The Eviscerator is a cyborg Tremor (Tremors are insectoid aliens) that fought in the illegal gladiator show known as DreadZone. The Eviscerator was mute, so it had to make a robot eat it's own arm to say no and he disemboweled a robot to say yes. During he's time at DreadZone he became a member of an elite team known as The Exterminators, along with Ace Hardlight, Reactor and Shellshock and he became a high-ranking gladiator, being the second highest-ranking Exterminator. He became the champion of the Vindicator Tournament, where he fought the game's main protagonist, Ratchet. Despite amazing skills, The Eviscerator was destroyed by Ratchet.

As his name suggests, The Eviscerator is a master of disembowelment, making good use of his four arm mounted titanium blades, one on each wrists and one on each elbow, each blade can be controlled separately. The Eviscerator's long range arsenal consist of a green ray fired from his hands and he can fire multiple homing missiles. The Eviscerator is also very agile, capable of doing ninja-like movements, allowing him to either close in on his target or to dodge an attack. His wings also makes him an excellent flyer and when in need he can activate an impenetrable force field and summon other Tremors. The Eviscerator is also said to be a good chef. 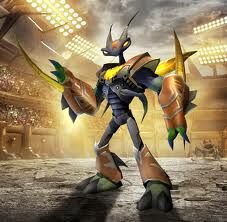 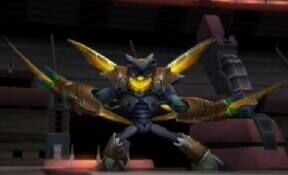 Retrieved from "https://villains.fandom.com/wiki/The_Eviscerator?oldid=3806999"
Community content is available under CC-BY-SA unless otherwise noted.