Escape from the hospital (succeeded).

The Expressionless is the titular main antagonist/protagonist (depending on how you look at the story) of the Creepypasta of the same name. She is a strange and demonic woman with an array of paranormal abilities and a craving for blood.

According to the story, a nameless woman arrived to the Cedar Senai hospital in June 1972, wearing a bloodied white gown. While this was not surprising given how many injured and sickly people come to the hospital each day, what set the woman apart from the other patients was that she had a mannequin-like appearance, and yet moved fluently like any normal human. Her face was also devoid of certain facial features such as eyebrows, and was smeared with makeup. For no discernible reason, the nameless woman had a kitten in her mouth which she pulls out before collapsing to the ground.

The woman is taken into one of the rooms and is thoroughly cleaned in preparation for sedation. Fearing for the worse, the staff decided it best to restrain her until the authorities arrived, but they were also too frightened to directly look at the woman. They explain to the woman what their intentions for her was, and she seemed to follow along without much repercussion. When the chief doctor was preparing to inject her, however, the woman immediately starts fighting back.

Two staff members tried to hold her back as her body rose up from the medical bed. The woman then does something strange, and smiles at the head doctor when he asked her what she was. However, her smile was immensely disturbing as she had rows of razor sharp teeth that seemingly were impossible to fit in her mouth.

The doctor turns his back to the woman when he hears the authorities arrive, which gave the woman the chance to strike. The woman darts at the head doctor and sinks her teeth firmly into his neck, severing his jugular. As he laid dying, the woman leans over him proclaiming that she was God. The authorities arrive to the scene of the crowd and try to overpower her, but the nameless woman ends up massacring everything she came across. A surviving nurse of the attack named the unknown woman as "the Expressionless". There had never been another sighting of the woman since that incident. 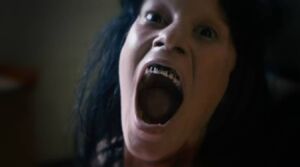 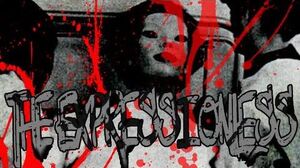 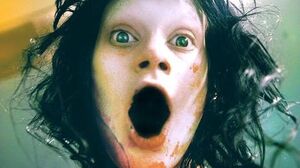 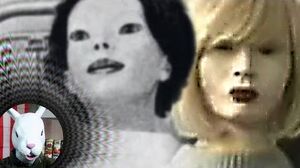 "The Expressionless," "I Feel Fantastic," Connected - down, The Rabbit Hole.