Eating the flesh of others.

Babbling to themselves.
Committing homicide.

The Filth is one of the central antagonists in The Secret World, a living disease that has its roots in the darkest of conspiracies and whose very existence is felt across the entirety of the game world - it is the single most prolific and dangerous "monster" humanity faces in The Secret World universe, and is beyond the understanding of most humans.

Fought in numerous incarnations by multiple agents the Filth continues to play a major role in-universe and is best described as a malevolent, otherworldly cancer that is eating away at reality and replacing it with its own.

The Filth is the result of tears in reality. It is caused by eldritch creatures only known as The Dreamers, Titanic monstrosities of primordial destruction. The Dreamers are so called because they are dreaming, kept asleep by Gaia, the life force of the cosmos. Though The Dreamers sleep, they maintain a rudimentary awareness of their situation and constantly fight to be freed from their sleep, even while asleep their efforts rip and tear at reality and through those tears seeps The Filth. Just as Gaia's magical empowerment is known as anima, the Filth is described as "anti-anima". The Filth is not a disease, it is a symptom. The truth is The Dreamers are the source of it but only half control it. The Filth exists because of The Dreamers and their cause permeates within it but it does not specifically follow their will, it destroys and corrupts aspects of Gaia because doing so is in its nature, however that nature, is moving to its logical conclusion, the destruction of reality and the forces that keep The Dreamers asleep. The small tears in reality manifest everywhere either long forgotten or touched by destruction. From those tears the Filth leaks out and poisons an area. The Filth does not devour an area all at once it builds up and gestates in the isolated corners of an area until it can fully germinate. Once it does then its signs become obvious.

The Filth seeps into an area and infects it, affecting land, minerals and lifeforms and even magical creatures and objects. Once a creature is infected it starts to develop darker inclinations which go on to become neurotic tendencies and steadily grow until the creature appears insane; During the final stage of the infection a creature's entire identity is consumed and they appear as violent creatures that share a hive-minded insanity. Once victims of the Filth reach its final stages they appear with black splotches on their skin and twisting tendrils. Victims may infect others by their merest touch - as they are little more than an extension of the disease at that point. Though creatures infected with The Filth only become obvious monsters in the final stage of the infection, and can fight to retain control until then, the end stage is unavoidable. If even one of The Filth manifests naturally in an area it means the infection has been seeping into the area for some time and everyone native to the area will turn as well. The Filth not only affects living creatures and areas but can corrupt magic, inanimate objects, dead bodies, undead bodies and even spirits. Spirits who did not die as part of The Filth may still be restored if the source of the infection is stopped but there appears to be no cure for any of its other victims.

The Filth has few to no anathemas but the ones it does have are notable.

Wabanaki Rites: Old Joseph of the Wabanaki Tribe of New England, knows ancient rites passed down through the tribe to keep the Filth away from them. Until recently the rest of the tribe, Joseph included, believed the rites were just some old set of prayers and and superstitions passed down. The Wabanaki honored them only out of fealty to their ancestors and not because they actually thought they did anything. The tribe now see that their rites obviously have some merit as they were kept safe from the Filth, never the less they still lost friends and neighbors not protected by the tribe. Joseph states the people are dead, or at least he hopes they are and that if the things that returned have any minds or souls, that that is a new kind of hell he does not even want to imagine.

Illuminati Wards: The academy of Innsmouth, a school for individuals with paranormal potential, has in it numerous wards that hold the Filth back and prevent it from overtaking them. The outer-wards were destroyed by Freddy Beaumont, however the inner ones held. And while the grounds are plagued by the homunculi created by the students, who have broken loose without anyone to control them, the Filth itself can not touch the grounds. Headmaster Hayden Montag is infected by the Filth but holds back the final stages with a combination of will-power and magical wards to keep it in check. If Montag knows of his infection it is likely the main reason he never left school grounds and obsessively checks the wards.

Ghosts: It seems Filth can be countered by the pure will of ghosts, the Franklin Manor, formally the residence rented out to Billy Lee and his ilk before the rampage and overlooking the Moon Marsh home to Dwellers and Filthy Humans, is curiously unaffected by what should be ravaging it. The difference between the Manor currently and its past when numerous deaths occurred as a result of Filth is indeed the deaths themselves. The ghosts of the victims still haunt the house. The current owner, Eleanor Franklin, wife of Ed Franklin, who took his own life after striking Filth, is completely shielded from the Filth pit just yards away. Eleanor owns 13 cats and none of the creatures are affected either. Eleanor gets along well with her ghosts and respects them as previous owners and residents with as much claim to the house as her, as a result the ghosts are adamant about not letting anything happen to Eleanor or her pets. Even Ed Franklin's ghost roams the halls of the Manor watching over his wife. It should be noted that even though Ed was on his way to becoming a Filthy Human the taking of his life before the end stages averted his corruption after death, he does however exist in a state of broken memories. Whatever ability ghosts have, whether it is their mere presence or an active effort, it appears ghosts actually can fortify an area even otherwise predisposed to Filth from being overtaken by its corruption.

Third Age Technology: The blade Excalibur, famously wielded by King Arthur, was, before Arthur, actually the sword of Odin. A contention of The Secret World is that Gods, were humans from a previous age, blessed by Gaia and reaching a technological level so advanced that such technology is likened unto divine power. The blade is not magical, or at least was not to Odin, to Odin, the blade was a man-made piece of technology. Odin and his kind have died out with the passing of the ages at least one apocalypse ago, however remnants of that age still pop-up in bits and pieces, among them the blade Excalibur. The sword was lost at sea and is eventually stolen by Freddy Beaumont from a vault in Innsmouth after being fished out. The sword was made to destroy The Filth and exorcise areas and souls corrupted by it. The sword is the only thing shown to actively be able to cure Filth, though those overtaken by it are still dead, if exorcised. Because of the unique nature of the sword, the history it holds and the potential to manipulate The Filth, all parties who know of it are in a mad dash to retrieve it.

Anima: Gaia's Energy itself is the only thing that can actually dissipate The Filth. However it takes much energy to do anything. Both avatars of Gaia and the Filth claim the other hurts them. While The Filth can take and hold even an area rich with Gaia's energy like, Agartha, if it weakens Gaia can overtake and cleanse it. The larger the manifestations of Filth the more time Gaia needs to gather the energy to remove the corruption on the area once the creatures have been slain. With the right shamans or wards acting as anchors for Gaia, The Filth can be purified entirely. It is up to the Secret Worlders, blessed by Gaia to fight off such beasts to give Gaia a chance to retake the polluted area. 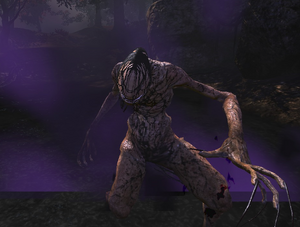 The Filth seeping into Agartha. 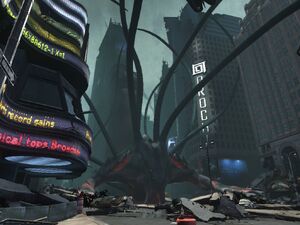 The Filth manifested to infect and destroy New York. 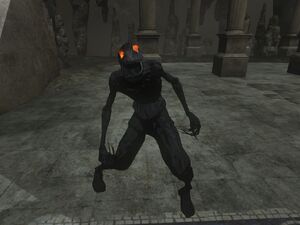 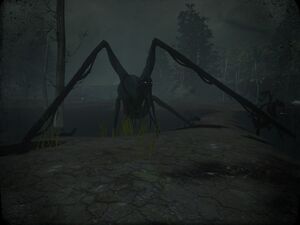 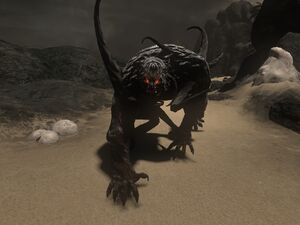 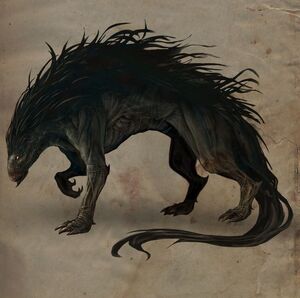 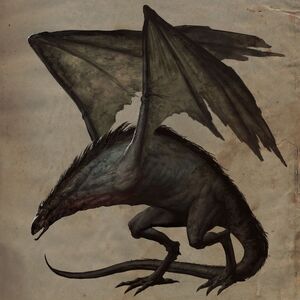 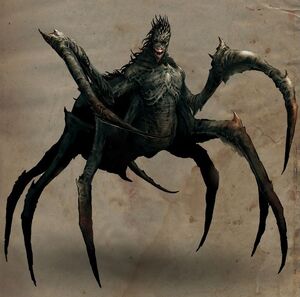 Filth Guardian (spider form)
Add a photo to this gallery
Retrieved from "https://villains.fandom.com/wiki/The_Filth?oldid=3563549"
Community content is available under CC-BY-SA unless otherwise noted.