Taunting both his enemies and his prey.

Young Billy Michaels, chosen by Cyrus Kriticos to be The First Born Son, is a minor antagonist, yet major character in Thir13en Ghosts. He is one of the ghosts required by the Black Zodiac to open the Ocularis Infernum, and possibly the first ghost Cyrus captured.

He was portrayed by Mikhael Speidel.

Billy was a young boy, highly addicted to Western and cowboy movies, and he hated anyone who disagreed with him. He was also a stubborn brat, having everything he wanted, whenever he wanted. One day, one of his friends found a real steel arrow in his parents' closet, and challenged Billy to a duel. Billy, dressed in his cowboy suit, was armed with two toy guns, but they were no match for the steel arrow, as it hit him in the back of the head, killing him instantly.

As a ghost, Billy is still in his cowboy outfit, with an Indian feather on his head and holding a tomahawk, the arrow that killed him still protruding from his head. He is always heard whispering "I want to play" when he's nearby.

Billy was the first ghost captured by Cyrus Kriticos, and the first ghost in the Black Zodiac. He is constantly seen through the movie, but never attacks anyone, as he only watches the protagonists patiently, possibly holding them for another ghost to come and kill them. During the climax, Michaels is seen with the other ghosts around the Basileus Machine, under Cyrus' trance, but he and the others are freed by Maggie (Arthur's hired babysitter). He is finally seen helping the other ghosts into throwing Cyrus in the machine, which chops him to pieces. As the Ocularis is destroyed, he and the other ghosts are finally freed from their bounds and cross over. 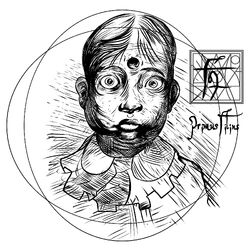 The First Born Son
Firstborn.jpg
Add a photo to this gallery

Retrieved from "https://villains.fandom.com/wiki/The_First_Born_Son?oldid=3043362"
Community content is available under CC-BY-SA unless otherwise noted.