The Zone of Wasted Years

Slimy Undead Monsters
The Formless, also known as the Formless Minions, Skeleton-Men and Bone Drones, are the black-and-white shape-shifting skeletal creatures that are created from some kind of black ooze and act as the foot soliders of the Skeleton King's army.

Formless don't speak or have any expression, are devoid of fear, absolutely loyal to Skeleton King and never question his orders. Also Formless are very stupid.

The Formless Minions are known to ride on motorcycles during their attacks on Shuggazoom for faster mobility, able to transform their hands into various weapons, and amass themselves into a gigantic monster to attack The Super Robot.

Other than standard grunt-type Formless there exist various types of Formless that battle the Super Robot Monkey Team called the HyperFormless that are larger and stronger, Glider Formless with capable of flight, Color Formless created by Skeleton King given to Mandarin I with copycat abilities of Hyperforce, Formless that look like giant slugs, and Beast Formless with shape of cat, dinosaur, spider, dragon, Pteranodon, Python etc.

The Formless were born of the black ooze that is of the very corrupt magic of the Dark Ones whose essence also give birth to the Skeleton King. However, this is not always the case: When Chiro regressed to a cybernetic monkey and rushed to a jungle ruled by Valeena where is located in The Zone of Wasted Years in his attempt to resurrect Antauri there were many Beast Formless (just as vicious and aggressive as Skeleton King's Formless) lived in the jungle that are not from Skeleton King's ooze pit. Anyhow, so long as Citadel of Bone and Skeleton King are intact, Formless can be mass produced infinitely.

It should be noted that although they are nothing more than nuisances to Hyperforce, to ordinary citizens of Suggazoom they pose more than formidable threat. When defeated, they lose their corporeal form and are reduced to black ooze. Sometimes these oozes come to life and retreat to where they came from when not completely obliterated.

In the final episode of Super Robot Monkey Team Hyper Force Go! new Warrior Formless legion, along with old Formless minions, are created by Skeleton King for a big final decisive battle against the Hyperforce. But the ultimate showdown never took place due to the show being cancelled. 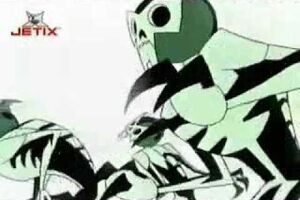 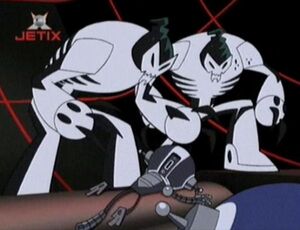 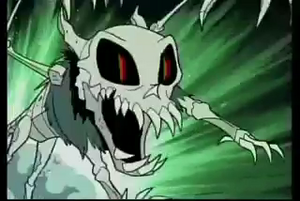 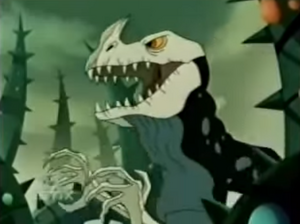 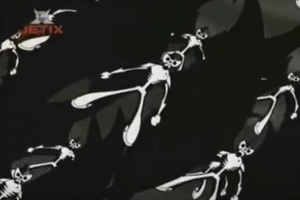 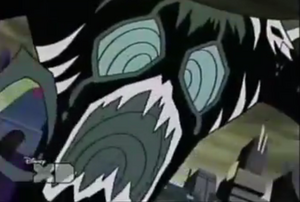 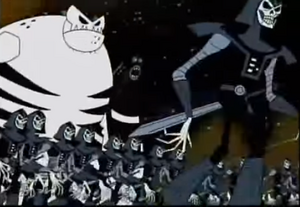 Retrieved from "https://villains.fandom.com/wiki/The_Formless?oldid=3576610"
Community content is available under CC-BY-SA unless otherwise noted.