Different branches ranging from manufacturing conglomerates to cults and militants

Keeping foreigners out of Columbia.

The Founders are a major citizen faction and a political party in the city of Columbia, they are an antagonistic group in the video game BioShock: Infinite. Their name arises from the fact that they see themselves as the true founders of the city, and they attempt to model their ideals after the founding fathers of the United States.

Started by religious leader Zachary Hale Comstock after Columbia's secession from the United States, the party promotes ultra-nationalism, religious fanaticism, and extreme xenophobia. They become engaged in conflict with the resistance group known as the Vox Populi, which later results in an all-out war and the eventual destruction of Columbia.

Despite their radical ideology, the Founders embraced their women's equality, allowing female members to join the city's militia, army and police force. They were progressive in adopting advanced technology, namely the city's quantum-based levitation system and the body-warping Vigors. Elizabeth, following the passing of Father Comstock, was expected to lead Columbia and deal with the world below.

Comstock was born out of Booker DeWitt's participation in the Wounded Knee Massacre; scalping and burning alive enough Native Americans to earn the nickname, "The White Injun." Disgusted with his actions, DeWitt turned to religion and after a baptism adopted the persona, Zachary Hale Comstock.

A born-again Christian, Comstock wielded a good reputation for his service at Wounded Knee and used this to his advantage. From 1890 to 1893, Comstock convinced the U.S. Congress to help fund construction of his pet project, Columbia, due for a reveal at the 1893 Chicago World's Fair.

As time continued, Comstock's ego grew and this spawned a personality-cult based around him centering around religious zealotry, jingoism, and racism.

Using the Lutece Device, he would look into another dimension and see a future outcome. Comstock would then make a prophecy, and when it occurred the astonished citizens were fooled into worshipping him. He claimed that the founding fathers of the United States (George Washington, Thomas Jefferson, and Benjamin Franklin) were saints in the Angel Columbia's eyes who were set to establish America above all over nations in an extreme and aggressive interpretation of American exceptionalism, and that Columbia is destined to succeed them as the only bastion of "True America" in the world. In honor of this, his followers named themselves the Founders.

Fink was attracted to Columbia and its Lutece Device after hearing news of his brother, Albert, making a fortune there from plagiarizing music he heard through the tears produced by the Device.

Fink would arrive to Columbia and, through the Device's tears, obtained advanced technology and the knowledge of scientific breakthroughs yet to be discovered. He even made contact with Rapture and collaborated with Rapture's Dr. Yi Suchong, helping to create Columbia's Songbird and Rapture's Big Daddies.

After Comstock tasked Fink with "killing" Robert and Rosalind Lutece in exchange for the patents to their inventions, Fink became Columbia's richest and most respected industralist. Fink now operates Fink Manufacturing which produces technology for Columbia and the Founders.

Fink is the only known member of the Founders who admits to not believing in Comstock's prophecy, declaring himself an atheist in private. However, Comstock makes an exception for Fink as the resources he produces are necessary for Columbia to achieve its ultimate goal of taking over "the sodom below.".

Esther was a member of the Columbia Police Authority and tasked with recovering Elizabeth from Booker DeWitt. She, alongside most residents of Columbia, were faithful to Comstock and terrified of the Songbird. Fearing the consequences she would suffer if she were to fail her mission.

Fraternal Order of the Raven - Fierce Loyalists of the Prophet

The Order were an organization based in Columbia and affiliated with the Founders, they are concerned with maintaining Columbia's policy of racial discrimination and bigotry.

They took a heavy blow when Lady Comstock died and they memorialize her as well as glorify the memory of John Wilkes Booth for assassinating U.S. President Abraham Lincoln.

Flambeau is Fink's personal assistant and associate who under orders of Fink provides Booker with resources.

Marlowe is well-known across Columbia for the creation of his patented Vigors which are promoted by Fink Manufacturing and used by many of Columbia's organizations, including the Order and the Firemen. This has seemingly earned Marlowe a place among the Founders elite.

Saltsonstall is a politician and member of the Founders politicial faction running for councilman of Ward 6 in Columbia. His role in-game was originally much larger but cut to only references and mentions. It can be assumed he is a fierce loyalist of Comstock and the Founders and a proponent of their agenda. 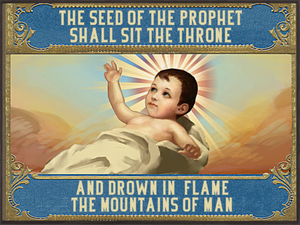 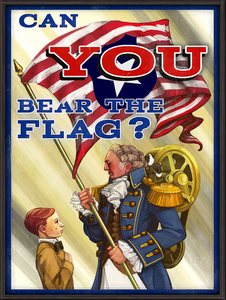 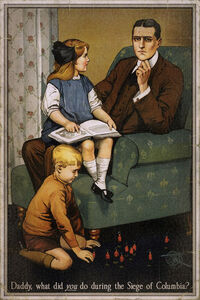 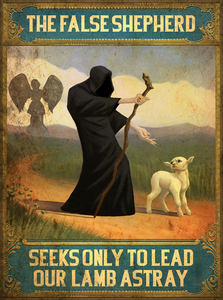 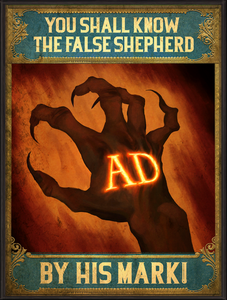 Propaganda detailing how to identify the False Shepherd 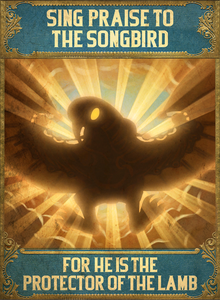 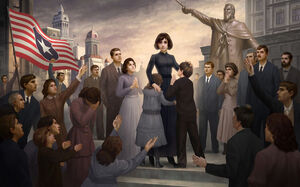 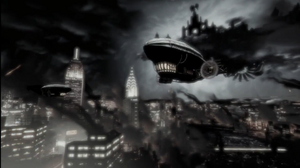 The Founders accomplish their goal 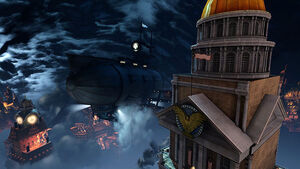 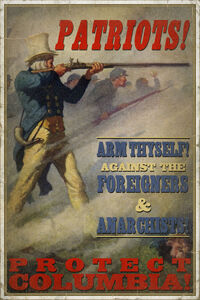 More propaganda
Add a photo to this gallery

Retrieved from "https://villains.fandom.com/wiki/The_Founders_(BioShock_Infinite)?oldid=3533878"
Community content is available under CC-BY-SA unless otherwise noted.