Murder as many families as possible (succeeded)

Assist The Reaper in his killing spree (succeeded)

He was portrayed by Neal Jones.

As a child, Arnold was physically and sexually abused by his father, and he grew up consumed with rage, self-hatred, and a need for power and control. As an adult, he became a family psychiatrist, married a woman named Fay and had two children, Karl Jr. and Sarah. Fay eventually tired of Arnold's obsessive need for control and divorced him, and won full custody of the children. The loss of his family pushed him over the edge, and he became a serial killer who targeted whole families.

Arnold targets families he sees as dysfunctional, stalking them for weeks before attacking when they are supposed to go on vacation. He bypasses their alarm systems and kills the family pet if they had one before abducting the family. He keeps the family separated for days, during which he assumes the role of "head of the household". Eventually, he brings the family together and kills them all, starting with the children and ending with the father. Prior to the killings, he beats the male children and rapes the female children. After killing the families, he takes the fathers' wedding rings as trophies.

The BAU is called to investigate after Arnold has murdered eight families, mainly to investigate the disappearances of the Millers and the Crawfords. They find Arnold in the basement of the Dunken family's house, and he takes the Dunken infant as a hostage. He eventually releases the child and attempts to flee, but is quickly captured and taken to BAU headquarters. At headquarters, Agent Derek Morgan tricks him into confessing his crimes by switching the places of two crime scene photos on the board. Arnold can't stand anything being out of order, so he puts them in the correct sequence, unwittingly revealing his guilt. Realizing that he is caught, The Fox gives a detailed confession to the murders.

Karl returned in Season 5, where he helped the team with a spree-killer case as they suspected the unsub was copying Karl's M.O. During the episode, it was revealed that the legendary serial killer know as The Reaper was secretly working with Karl Arnold with Karl covering up his crimes. 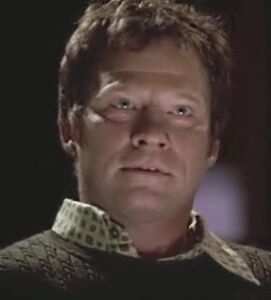 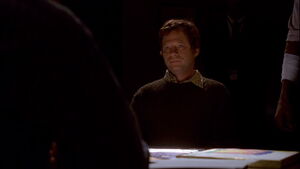 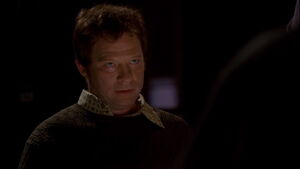 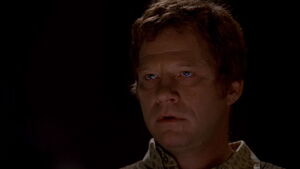